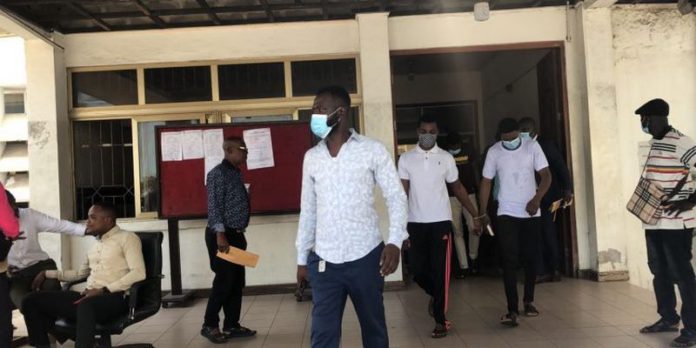 The four Police officers accused of masterminding bullion van robberies in Accra are expected to reappear in court today.

The four have already been denied bail thrice following their arrest in March 2022.

The suspects were arrested at their hideout during a raid at Borteyman at Ashaiman upon an intelligence-led operation.

Their arrest was part of the Police’s special operation into recent incidents of bullion van robberies in the country.

Two Police officers who were earlier arrested in connection with the investigation were shot dead in cross-fire when they led their superiors to another hideout of their accomplices.