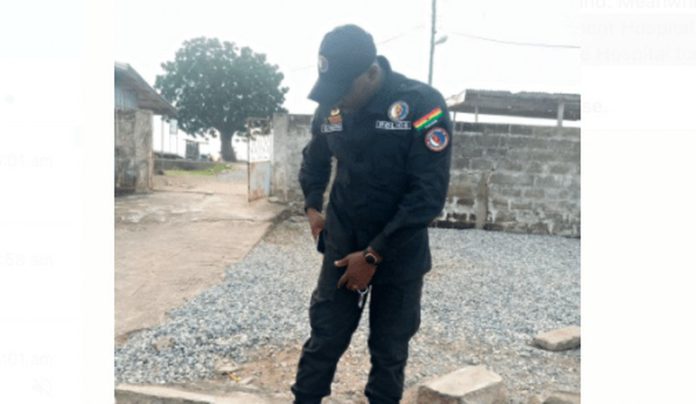 A young police officer, whose name is given as Corporal Balatignan K. Kwesi, has died behind the Police counter.

He was on duty at the Kwahu Bepong Police station when he met his untimely death, online portal, MyNewsGh.com, has reported.

He is said to have been found lying dead in a supine position behind the counter with foam from the mouth when Station Officer, Inspector Paul Adjei, came to check on him.

When a search was conducted on the body, nothing incriminating was found about his death.

His body has since been deposited at Kwahu Government Hospital mortuary, Atibie for preservation pending conveyance to Police Hospital for autopsy.