The Morocco international netted against Krasnodar in the Champions League on Wednesday night and he marked his full Premier League debut with a goal, grabbing the breakthrough for Chelsea in the 27th-minute with a low shot that Clarets goalkeeper Nick Pope perhaps should have saved.

The first half was bossed by Chelsea, but they were fortunate Ashley Barnes spurned a gilt-edged opportunity in the fifth minute after the visiting defence – featuring the restored Thiago Silva – was caught sleeping.

Chelsea had a credible appeal for a penalty turned away as Ben Chilwell appeared to be shoved by Josh Brownhill.

Burnley had enjoyed the majority of possession after the restart but their hopes were flattened just past the hour-mark when the unmarked Kurt Zouma doubled Chelsea’s lead from Mason Mount’s corner delivery.

There was little sign of fatigue in the Chelsea ranks despite their 2,000-mile trek to Russia in midweek in the opening 45 minutes, although Christian Pulisic was withdrawn and replaced by Timo Werner after picking up an injury in the warm-up.

And it was Werner who grabbed Chelsea’s third, with Ziyech turning provider as the Germany international finished with aplomb, capitalising on another Burnley mistake.

The victory moves Chelsea to fourth, a point behind early pacesetters Everton, while Burnley remain bottom without a victory. 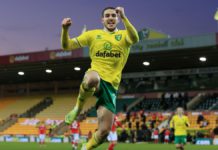