Ollie Watkins scored twice as Aston Villa claim an impressive victory over Arsenal and moved up to sixth in the Premier League.

The visitors took the lead midway through the first half when Bukayo Saka turned Matt Targett’s cross into his own net.

Watkins, who scored a hat-trick in a 7-2 win against champions Liverpool earlier this season, made it 2-0 with a header towards the end of the second half and scored his second soon after, slotting the ball under Bernd Leno after a quick break.

The Gunners had gone into this game looking to build on their impressive 1-0 win against Manchester United last time out, but despite dominating possession they created very little, with Alexandre Lacazette going closest when he headed over Kieran Tierney’s cross.

Instead, it was Villa who always looked the most likely to score and they could have won by an even bigger margin.

The visitors had a goal ruled out inside the first minute when John McGinn thumped home Jack Grealish’s cross.

However, after a lengthy check by the video assistant referee, it was ruled out as Ross Barkley, who was in an offside position, was adjudged to have been in goalkeeper Leno’s way.

Egypt midfielder Trezeguet forced a good save from Leno early in the second half before the Arsenal keeper denied Grealish at the near post with a strong hand, while the Aston Villa captain also had an effort cleared off the line.

Defeat leaves an inconsistent Arsenal 11th in the table while the win maintained Villa’s 100% away record so far this season. 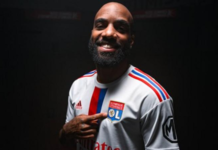 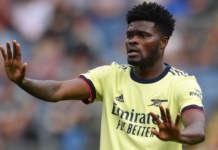 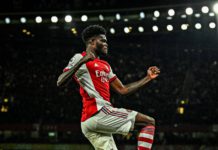 We did everything possible to play Champions League but … – Partey 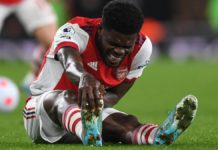