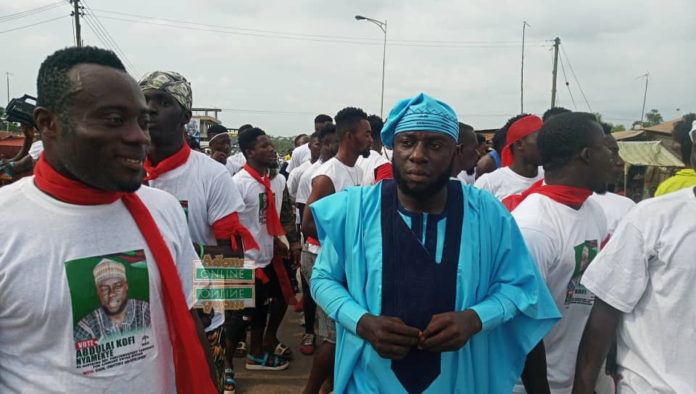 Some angry youth of Ajumako Enyan Essiam constituency in the Central region have descended heavily on their three-time Member of Parliament (MP), Mr Ato Forson over his re-election bid.

The youth, who demonstrated on the streets of Ajumako, said they were disappointed in their party executives for hijacking the nomination forms.

The youth called on the National Democratic Congress (NDC) executives to open the constituency office which had been under lock and key to allow them pick forms for their preferred candidate.

They accused the NDC executives in the region of conspiring with Mr Forson and allowing him to pick nomination forms to run unopposed in the upcoming NDC parliamentary primary.

They want one Alhaji Wadudu to contest Mr Forson whom they claimed they were fed up with.

Speaking on Asempa FM’s Ekosi Sen, Monday, Mr Wadudu could not fathom why the three-time MP would hijack the nomination forms and not allow competition.

He said he had created jobs and had been involved in developmental works in the constituency and therefore it was time for him to lead the people of Ajumako Enyan Essiam.