A newly constructed MTTD complex, built by the Assin Fosu Municipal Assembly to facilitate the smooth operations of the Divisional Command has been left to rot in the bush.

This is due to the delay in setting an official commissioning date for the complex.

Although the police command has complained about the lack of logistics including vehicle, fuel and the bad shape of the MTTD office, the building which is fully furnished has been left to rot as they operate from a single room office. 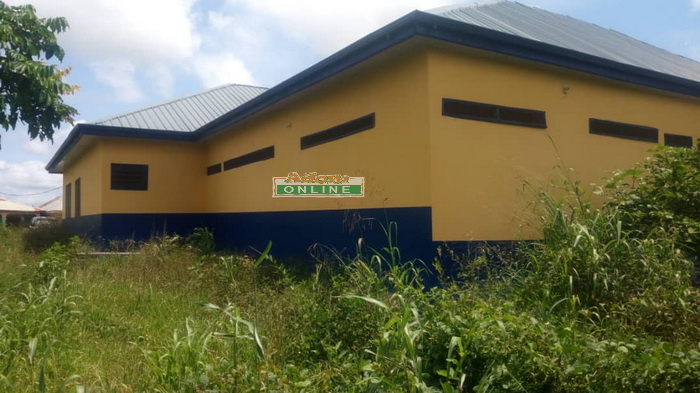 “The police service is currently not operating from the new complex because the facility has not been handed over to us so we will operate from there if it’s officially given to us”, he said.

The Assin Fosu MCE, Nicholas Kofi Baako, also debunked the claims of the Divisional Police Commander, insisting the keys to the complex have been handed over to Commander.

READ ALSO: UTAG puts fate in the hands of Otumfuo

The facility is believed to have been started by the former president John Mahama in 2016 but was supervised and completed by the NPP government in 2017.