A 22-year-old lady has been reportedly knocked down by a Toyota Camry vehicle on the Adenta highway, near the West Africa Senior High School.

An eyewitness on Asempa FM’s Ekosii Sen Thursday said for about 20 minutes after the incident, the police had not been to the scene leaving the victim still lying in the middle of the road.

The angry residents who say they are fed up with the consistent knockdowns on the road have blocked the roads and have resorted to the burning of tyres in the middle of the road, leaving no space for vehicles to pass. 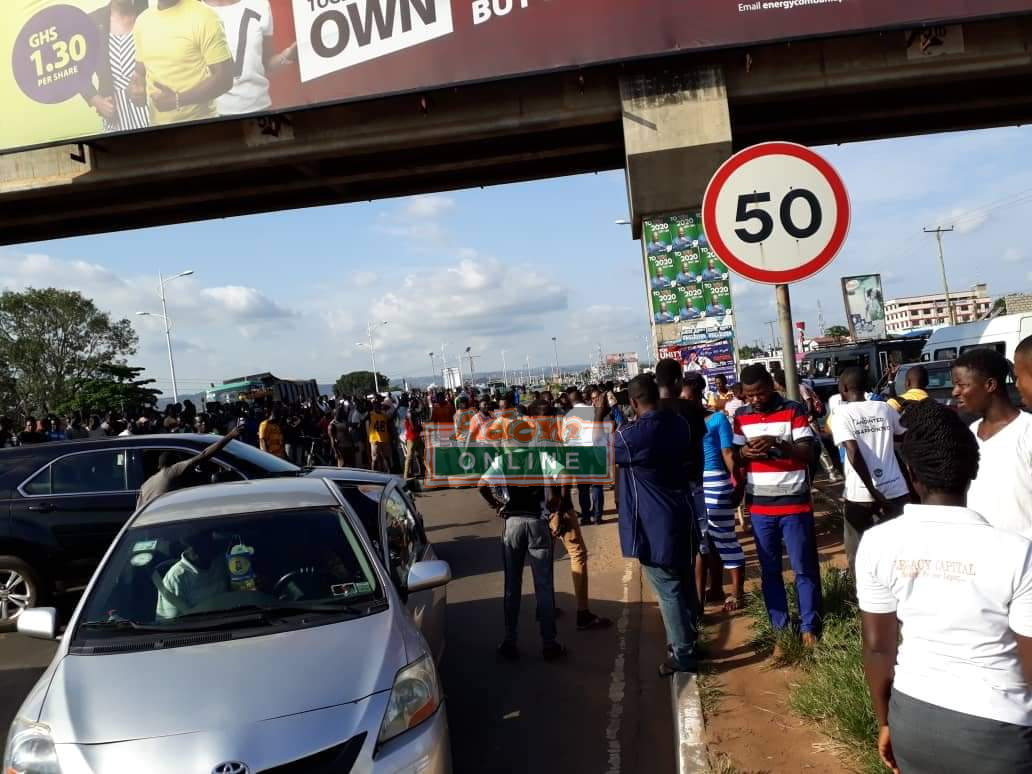 Eyewitness reports say the Motor traffic and transport department (MTTD) have arrived at the scene to pick up the body.

The MTTD is accompanied by 6 policemen who are there to ostensibly maintain calm and control the violent situation.

Meanwhile, personnel from the Ghana National Fire Service who rushed to the scene were chased away by the angry residents who threw stones at them. 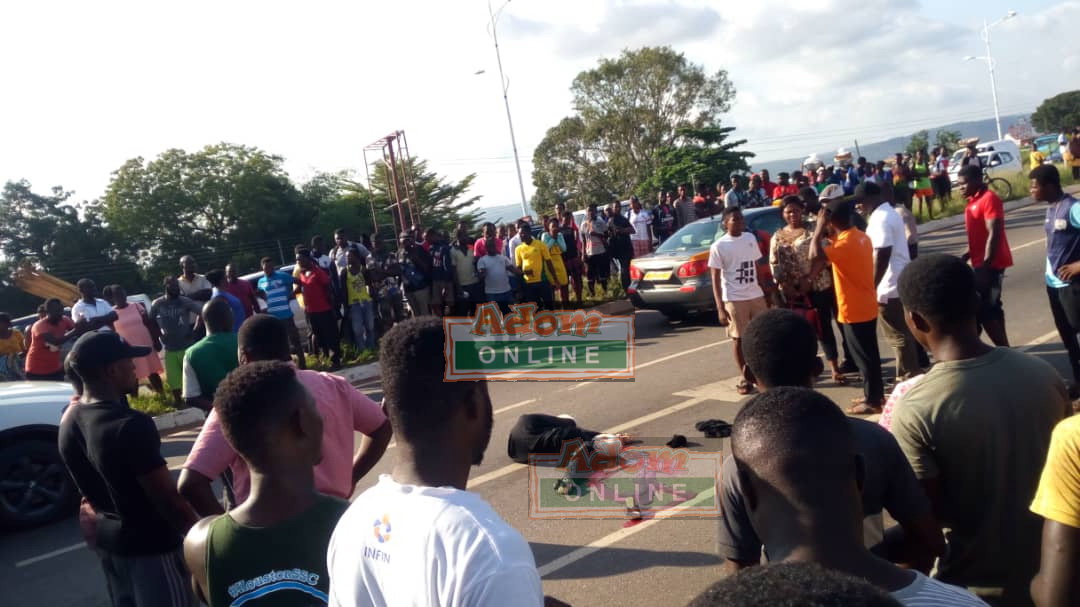 The reports say Military Police have, however, intervened by firing warning shots to calm the situation.

Watch more photos of the violence below: 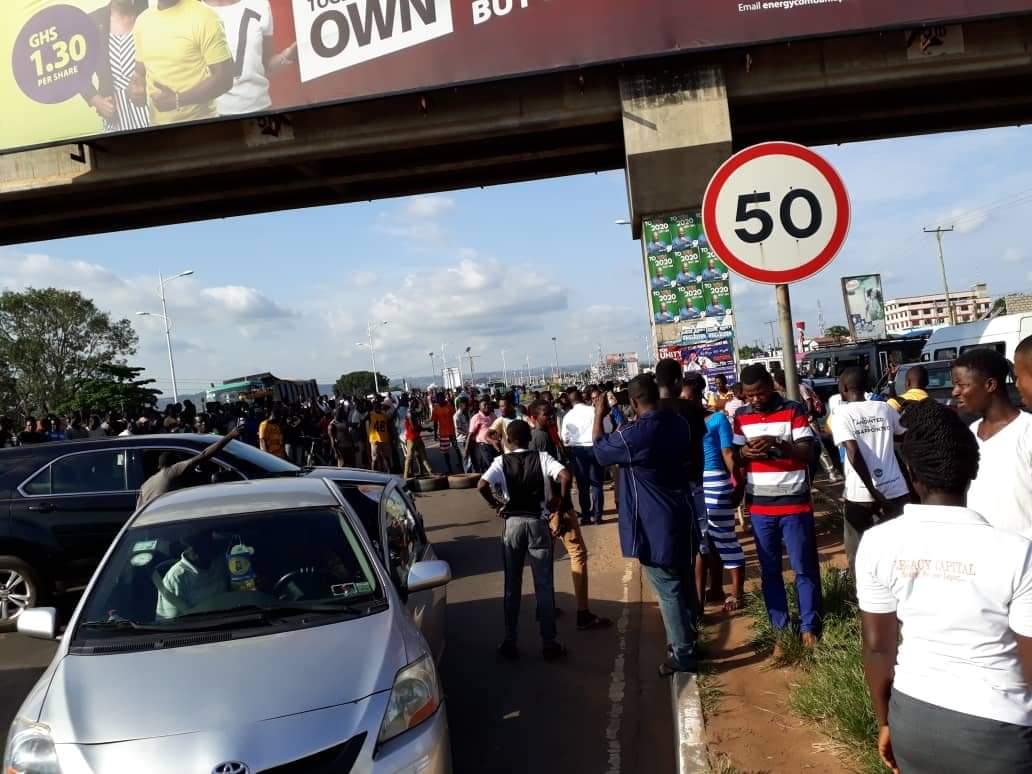 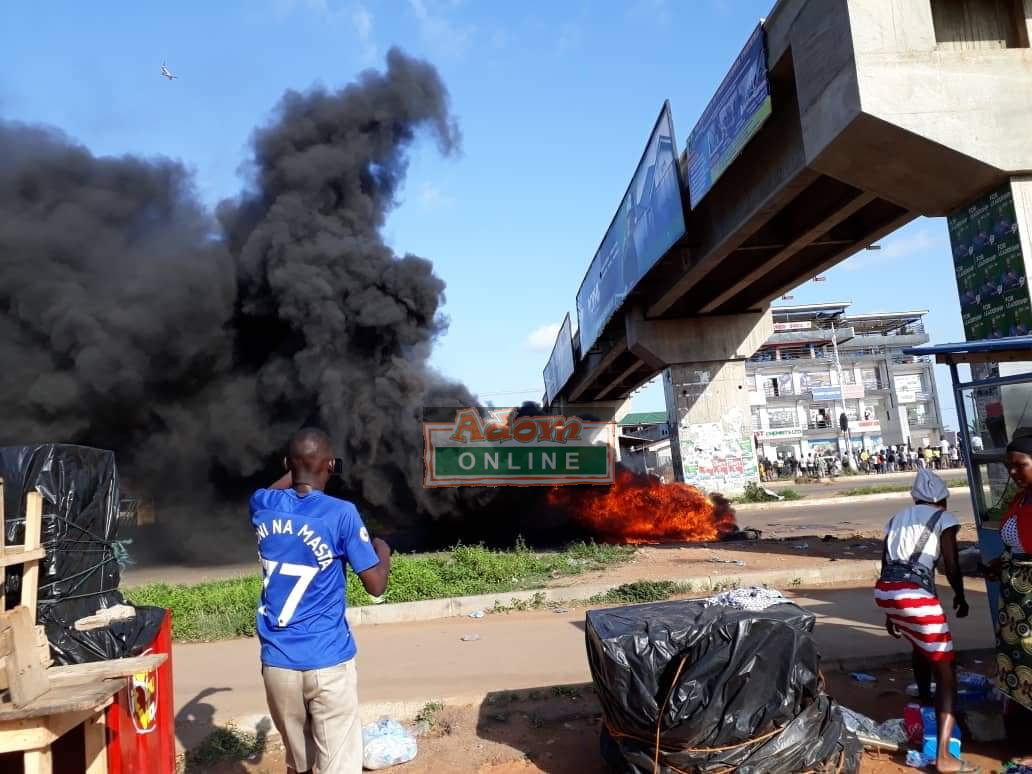 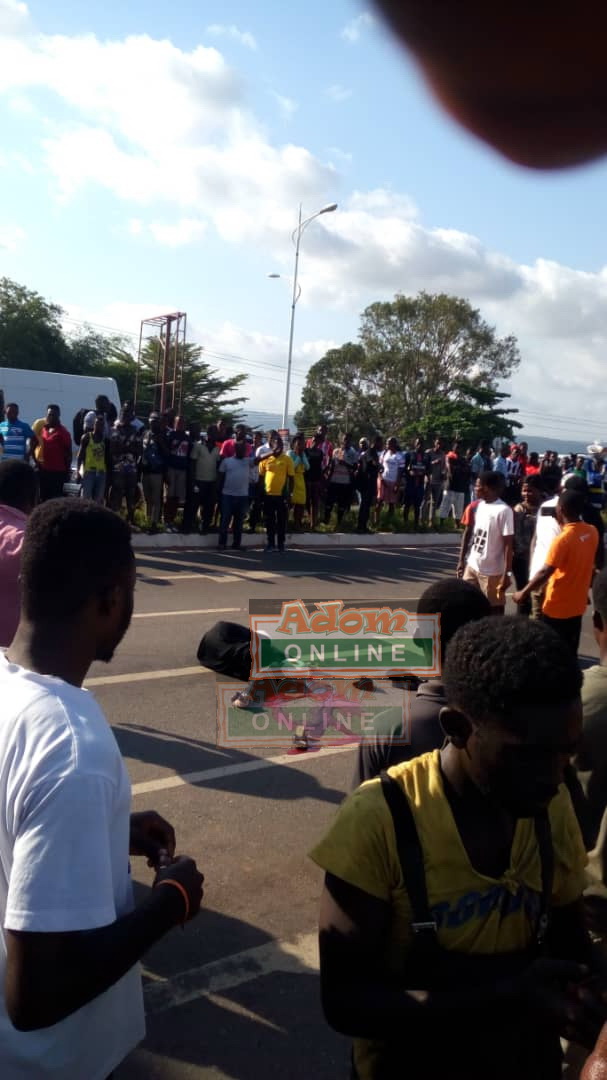 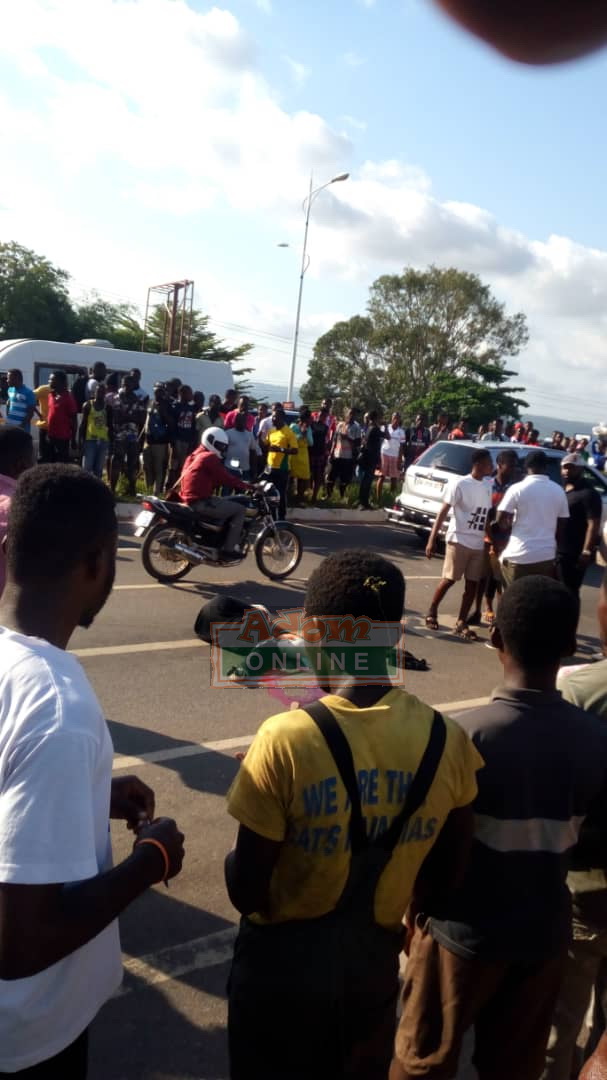