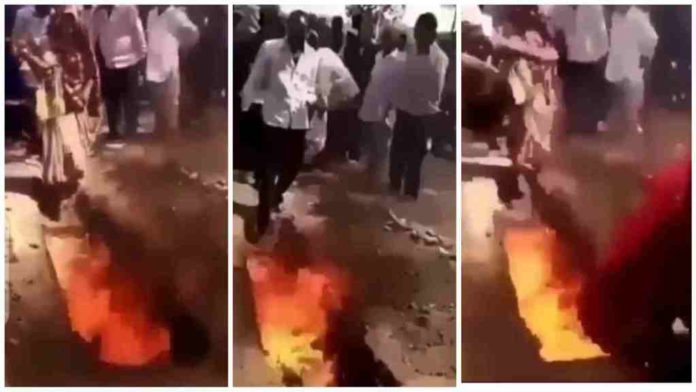 A pastor of a yet-to-be-identified church has sparked a debate on social media after one of his services went viral.

In the video, the church members were spotted in a queue walking through a pit of fire.

A man was captured standing by with a liquid substance pouring it into the pit to ignite the fire.

The pastor, however, did not join the congregants to walk in the fire but was spotted directing the queue to ensure everybody gets in.

The video has garnered massive reaction with many questioning the motive behind the directive.