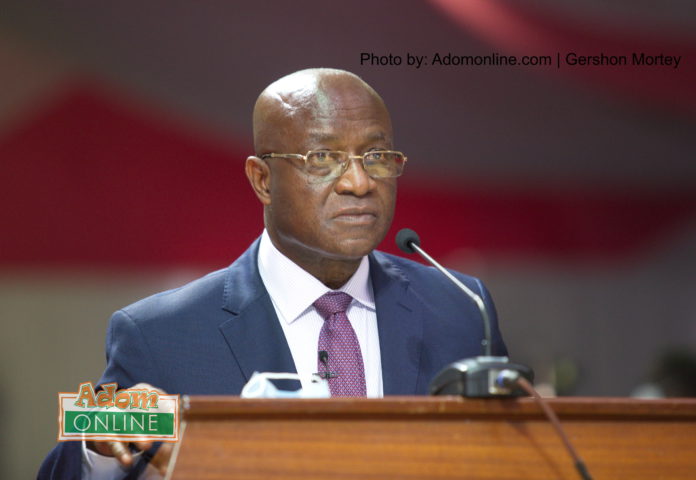 Majority Leader Osei Kyei-Mensah-Bonsu has denied saying that Secretary to the President, Nana Asante Bediatuo unilaterally wrote the letter cutting down budget estimates for the judiciary and legislature.

The Suame MP in an interview with JoyNews’ Kwesi Parker Wilson said earlier reportage suggesting that he made such statement was misconstrued.

According to him, he only said engagements between the Executive, Legislature and Judiciary was inconclusive before President Akufo-Addo left the country for Ivory Coast some weeks ago.

As such, it is unfortunate for the media to spin his statement on the matter to accuse the Secretary of the President.

“The interviewer had asked whether we had really engaged the President. And I said yes, there was an engagement with the President, unfortunately, the engagement was not conclusive until the President left. And then the Secretary thinking that we had about ended wrote to us with respect to the request to Parliament and the Judiciary.

He continued “There was no such communication from me. And if that was the understanding of the person who was interviewing me, I think it was most unfortunate.

President Akufo-Addo in a letter signed by Mr Bediatuo to Parliament announced that the budget for the Legislature will be slashed by ¢119 million whilst that of the Judiciary will go down by ¢77 million.

However, Speaker of Parliament, Alban Sumana Bagbin warned that he will block the approval of the 2021 budget and economic policy of the government if the Executive maintains its decision.

Subsequently, the President reversed his earlier decision to cap the budgetary allocation for Parliament and the Judiciary.

In the letter written to Parliament, the Speaker revealed that the President recommended that Parliament stay within the budget proposed by the executive, as government cannot accommodate the full request by Parliament due to statutory and debt service obligations.