The Education Minister indicated that once the controversies are addressed, the Director-Director of GES will issue fresh guidelines to all heads of Senior High Schools (SHS) with regards to the handling of issues of such nature.

“I don’t think GES rescinded anything. But what I will tell you is that the Chief Director of the Education Ministry together with the Director-General of the GES, the parents and the headmistress have been in meetings.

“They’ve been meeting. Thursday, there was a long meeting here. We will find a solution to the crisis and thereafter GES will issue a directive to all headmasters and headmistresses as to what to do in such a situation,” he said.

The two Rastafarian students were refused admission to the Achimota School over their failure to trim their dreadlocks.

GES waded into the controversy and issued a directive for the embattled students to be admitted but the headmistress refused to kowtow; insisting they must trim their dreadlocks.

But speaking to Daniel Dadzie on On The Record which will be aired at 8:pm Monday, March 29, 2021, on Joy Prime channel, the Member of Parliament for Bosomtwe Constituency intimated that Achimota remains a beacon in terms of education excellence and cannot be defined by a story of exclusion.

The Education Minister vowed to ensure that the school maintains its brand as a citadel of academic excellence.

Dr Adutwum, however, urged Ghanaians to calm down as various stakeholders find a long lasting solution to the stalemate. 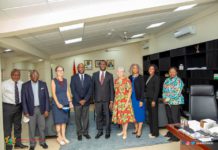 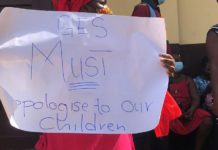