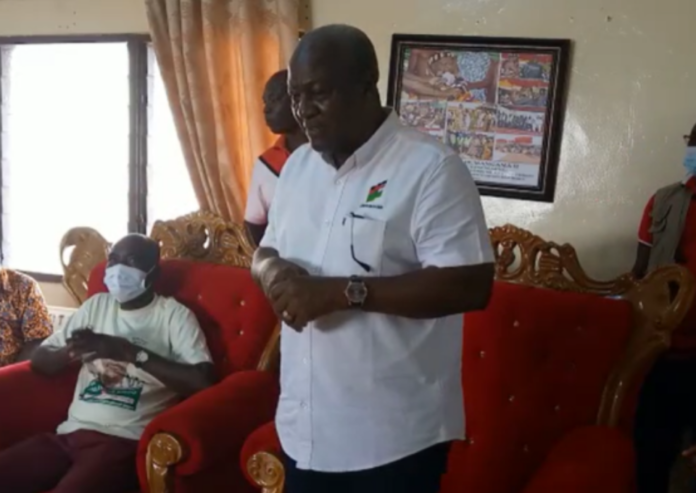 Okatakyie Bumanagama II who commended the NDC flagbearer for his good works during his tenure added that Ghanaians know what he did but the challenge he had before the 2016 polls was largely caused by his appointees.

“It is up to your appointees to work and make sure that Ghanaians are aware of the work you have done since 1992 for the whole world to bear witness”.

He said Mr Mahama’s appointees were not able to preach about the projects the NDC government undertook then.

He made this revelation when the NDC flagbearer paid a courtesy call on him at the Okogyeabuor’s palace at Sefwi Wiawso, the Western Regional Capital as part of his four-day campaign tour to the Region.

This, he said, “One thing I noticed was the neglected roads. During my tenure, we took a percentage of cocoa revenue to invest in road construction but unfortunately has not been completed by my successors.”

He attributed the bad nature of the roads to neglect by the Akufo-Addo-led administration.

“The roads are now in a deplorable state. After the creation of new regions, it has been noticed that there is no public university in Western North Region.

“We shall meet respective stakeholders and at an appropriate time and following due processes ensure that Western North Region has a public university that serves everyone,” he said. 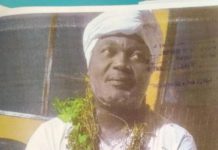