She told Gifty Andoh Appiah on The Pulse on Joy News channel on MultiTV Tuesday, she reacted to Daniel Bugri Naabu’s comments against her because she felt disrespected.

“Because I am a woman he feels he can bully me…but I apologise to all Ghanaians for what happened,” she said.

The Gender Minister and Mr Naabu were caught in a battle of words following a misunderstanding over the appointment of the Coordinator for the School Feeding Programme in the Region.

Mr Naabu is reported to have disrupted a meeting held by Otiko Djaba on May 5, while a group of unruly supporters who accompanied him vandalised some properties.

He described the meeting held by the Gender Minister as “illegal” because he was not notified about it.

It emerged that Mr Naabu’s action was in protest of the refusal of Otiko Djaba to allow him to select the caterer for the school feeding programme.

He granted interviews to some media houses where he made unprintable accusations against the Minister.

Otiko Djaba in reaction also accused Mr Naabu of collecting money, goats, cows and other things from some people with the promise of giving them jobs at the National School Feeding Programme.

The governing NPP has said it was going to investigate the circumstances leading to the disruption of the Gender Minister’s meeting.

Acting NPP General Secretary, John Boadu told Joy News Monday, he believes the cause of the disagreement has nothing to do with the school feeding programme.

“It was in reference to the appointment of MMDCEs,” he said.

But Otiko Djaba has called for a truce between herself and Mr Naabu to forge ahead in unity. 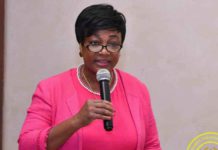 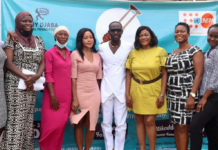 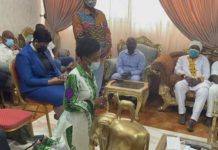