Gabby Otchere-Darko, a leading member of the governing New Patriotic Party (NPP), has claimed that former President John Mahama will soon implement some policies he had intended to implement but lost power to the NPP in 2016.

Taking a swipe at the former President on his Facebook page, he posted an old video of Mr Rashid Pelpuo, then Minister of State in-charge Public-Private Partnership, who was allegedly heard saying that employed teachers and nurses could resort to picking and selling stones as a form of employment.

Giving a ‘sneak peek’ into the 2020 manifesto of the opposition National Democratic Congress (NDC), Mr Otchere-Darko said Mr Mahama would implement initiatives like ‘Youth in Grass Cutting and Women in Stone Picking’ when re-elected to power.

“A little peak inside the 2020 NDC manifesto and some of the mistakes that JM has learnt and wishes to correct if elected, like implementing policies his Govt suggested but never had the chance to implement. Some of these policies Ghanaians should look forward to include: Youth in Grass Cutting; Women in Stone Picking. Three trips of stones a day from the bush solves all your unemployment problems,” he posted.

According to him, re-electing Mr Mahama is going back for ‘wahala.’ 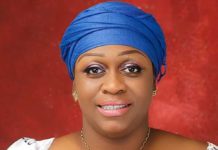 NDC to build over 300 mortuaries in Zongo communities – Mahama[video] 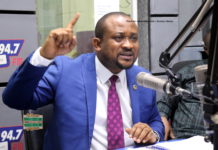 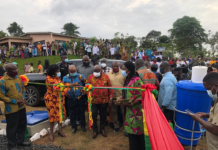 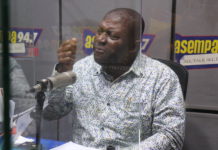 Mahama is the worse leader in the 4th Republic – Nana Akomea