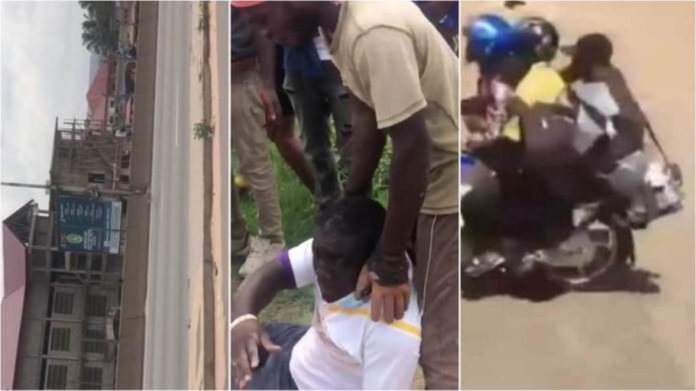 A man, who is yet-to-be-identified, has been shot in a daylight robbery at Kwashieman, a suburb of Accra.

The incident reportedly occurred on Wednesday afternoon close to a Bank of Africa branch in the area.

The man is said to have been shot in the leg not long after he came out of the bank.

However, it is not immediately known if he was being trailed by the robbers who appeared on a motorbike.

They reportedly attacked him and made away with the money.

A viral video on social media that captured the terrifying moment saw the robbers flee the scene on their motorbikes amid sporadic shooting.

Sources confirms that there’s been a robbery attack this afternoon at Kwashieman, behind Bank of Africa.

From the sources, the attacked man allegedly went to withdraw money from the bank where they shot his leg and took the money from him. pic.twitter.com/77Og0jPWq6 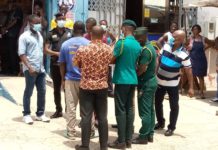