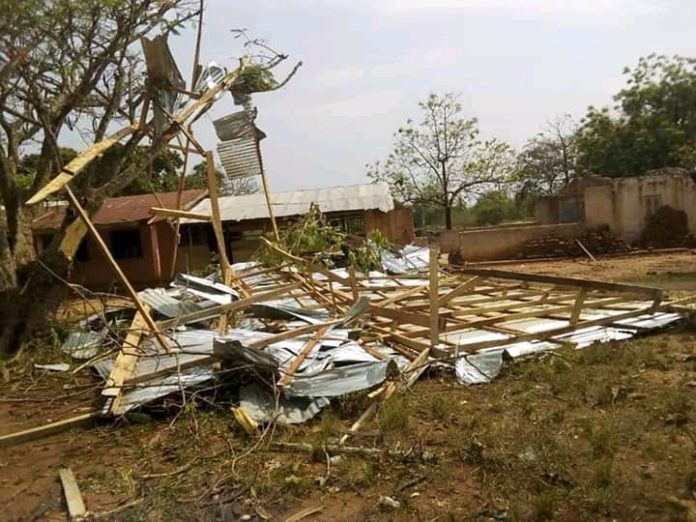 One person has been injured with at least 100 others displaced by a rainstorm at Seikwa in the Bono Region.

Reports indicate the incident occurred on Tuesday, leading to the total collapse of houses while others have their roof ripped off.

Other property running into thousands of cedis were also lost to the rainstorm.

Speaking in an interview with Adom News, some of the victims bemoaned they had no place to seek refuge and described the incident as a big blow.

They have since called on the government, philanthropists and well-meaning Ghanaians to come to their aid.

Meanwhile, the District Chief Executive for Tain District, Charity Foriwaa, who has visited the victims, assured the assembly would meet to see what assistance they can offer.

The injured, who is an elderly man, is currently receiving treatment at the Sunyani Regional Hospital.