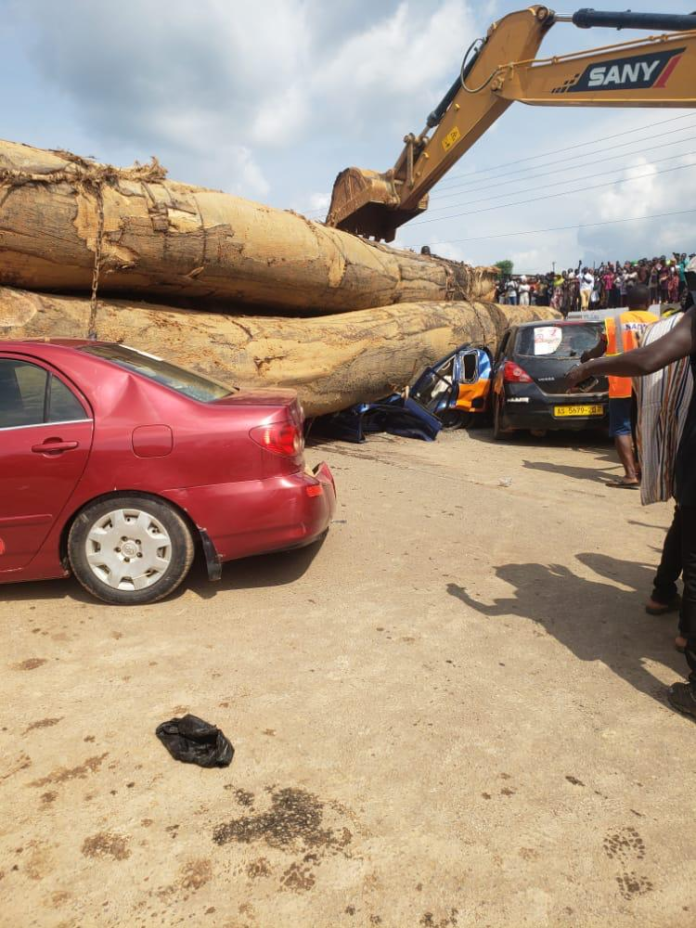 One person has been confirmed dead with four others injured in an accident at Bogoso in the Western Region on Saturday.

The accident involved a Daf truck and five other vehicles.

Police investigation indicates that the DAF truck driver, carrying logs from the Prestea upon reaching Bogoso lost control while negotiating a curve.

In the process, the logs fell on the five other vehicles.

Personnel of the MTTD are on the grounds and the road has since been opened to traffic.

The Ghana National Fire Service is assisting to rescue the victims believed to be trapped in the accident vehicles.

A driver of one of the vehicles, Augustus Osei, blamed the accident on brake failure.

Travelling from Boadie to Bogoso, he narrated the Daf truck had already climbed the hill but suddenly, the truck reversed by itself.

“So I shouted for all my passengers to exit the vehicle. Three of us in the vehicle managed to exit but one person could not exit so he died,” he narrated.