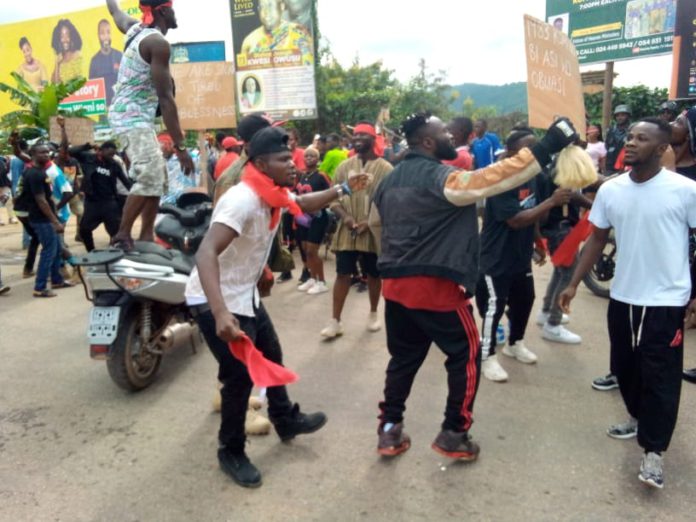 Scores of residents within Obuasi in the Ashanti Region have embarked on a demonstration over what they described as worsening unemployment among the youth in the mining community.

The protestors want the management of Anglogold Ashanti to absorb them into the mining company.

They wielded placards with inscriptions which read: We are tired of joblessness, 1983 3k)m nu bi asi w) Obuasi to wit, Obuasi has been hit again with 1983 famine, among others.

Speaking to the media after their peaceful demonstration, the president of the Obuasi Youth Community Mining Association, Emmanuel Kofi Ayamga, called on the management of AGA to take a second look at their employment plan and consider the youth of the area.

Secretary of the Association, Francis Antoh, also called on the management of Anglogold Ashanti Obuasi mine to release lands for them to mine on.

He also advised the government to invest in the development of the mining community.

Receiving their petition, the Municipal Chief executive of Obuasi, Elijah Adansi Bonah, promised to forward their concerns to the departments involved in the mining sector including the Ashanti Regional Minister for a lasting solution to their problems.

He thanked them for conducting themselves peacefully and advised them to wait patiently for the response from AGA and government.