Music talent manager, Emmanuel Barnes, popularly known as Mr Logic, says Obrafour made a mistake when he gave rapper Sarkodie a crown over a decade ago.

According to him, it wasn’t apt for commercial purposes, since Obrafour was and is still an active musician who is yet to retire.

Like Obrafour giving a baton to Sark. Obrafour said he was going to relax, and Sark took that and run off with it. It’s wrong for commercial purposes. Haven’t we discussed that? If a milk brand introduces another brand over theirs, what does it mean?

Obrafour, 12 years ago, crowned young rapper, Sarkodie, as the next big artiste in the local music industry due to his exceptional talent and dexterity in rap music.

‘Ghana Rap Sofo’, as he is affectionately called, handed over his golden ‘rap crown’ to Sarkodie, who is now one of the most decorated rappers on the continent.

The intimate handing-over ceremony had in attendance the then-girlfriend of the rapper now wife, Tracy, as well as members of his management team.

Sarkodie, who was still a newbie, held tightly to the crown with immense pride as he was truly honoured by Obrafour’s gesture.

The duo went ahead to also release a single, ‘Saa Okodie’, where Obrafour further cemented Sarkodie’s career with his verse on the song.

But Mr Logic said the move didn’t favour Obrafour, adding that, it should never have occurred.

According to him, music is not a baton race where one passes to the other to keep the race active.

It’s a mistake for King Promise to endorse another over himself. It’s like Kidi Saying Kuami Eugene is better than him, which can never happen. Likewise, it’s wrong for hammer to make such a post.

Mr Logic went ahead to say: Hammer, you are an authority. I send you songs because I know your level when it comes to this area. Do you know what that means to me when you say a song is fire?

According to him, Obrafour’s crowning gesture was positive, and it put everything in the right light.

I don’t believe that what Obrafour did for Sark meant that he was giving his rights away. I believe that he saw a young talent and blessed him. Obrafour will be happy that he didn’t bless the wrong person, Bulldog said. 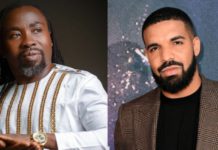