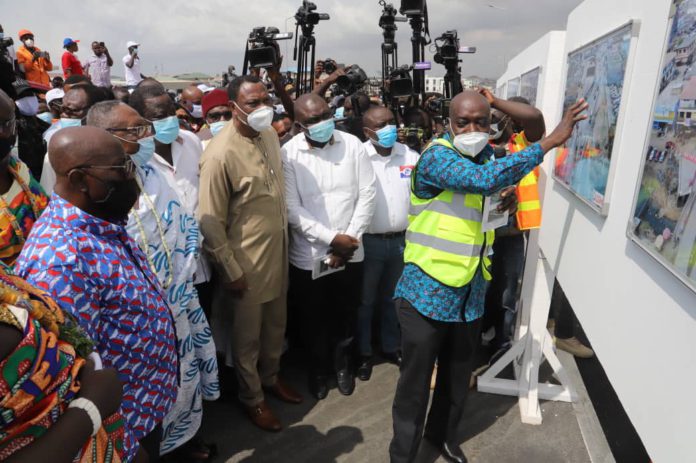 President Nana Akufo-Addo has commissioned the first phase of the Obetsebi Lamptey interchange.

The commissioning is one of his key agenda as he begins his two-day Greater Accra Regional campaign tour.

The $17 million project is expected to significantly reduce traffic and congestion on the stretch which records 60,000 vehicular movements daily.

Also, the perennial flooding during rains in the area is expected to be dealt with by the construction of storm drains.

Opening the interchange, President Akufo- Addo said the government, by this act, has demonstrated its commitment to address congestion in the country.

He further indicated that the government was undertaking critical road projects to improve urban mobility.

The President also announced the government was considering various proposals to construct similar outfits on the Kaneshie-Mallam stretch.

Also present was Roads Minister, Kwasi Amoako Atta, who warned contractors government will not tolerate shoddy works and assured that similar five interchanges in different parts of the country will be done soon.

When completed, the interchange will link the Kaneshie market to the central business district of Accra and through a loop to the Kwame Nkrumah Interchange area.