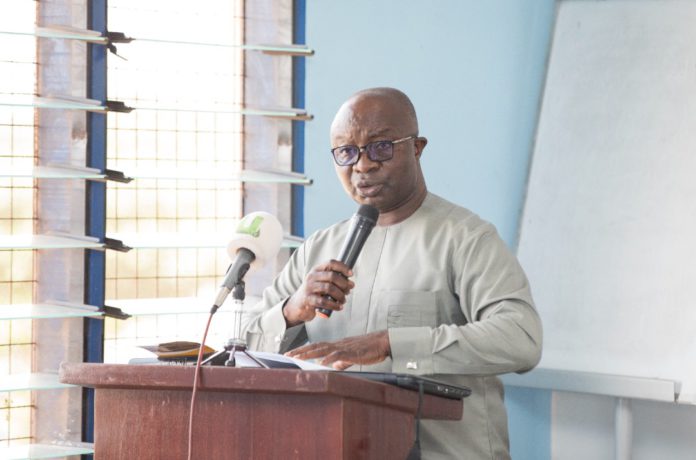 The Executive Director of the National Service Scheme (NSS), Osei- Assibey Antwi, has advised personnel nationwide to use the service period as an opportunity to sharpen their skills.

This, Mr Osei-Assibey believes, will make them become viable for the job market after completion.

He said the service period provides a yearlong unique opportunity for personnel to learn proper corporate governance practices which are the major skills required by most organisations in the country.

“In this day where finding jobs has become a difficult task, I urge you to take your work seriously. Use this period to improve your competencies; learn how to start and manage your own businesses so you don’t find yourself wanting after service,” he urged.

Mr Antwi gave the advice at the opening of a three-day orientation programme organised for the personnel posted to the Motor Transport and Traffic Department (MTTD) of the Ghana Police Service.

In this orientation, personnel will be equipped with training and skills to control and manage traffic in towns and cities across the country.

Mr Antwi noted that the Urban Traffic Management Module was created and introduced by the NSS in collaboration with the Ghana Police Service in August 2015.

The module was to provide extra human resource to complement the efforts of the Police in the management of vehicular traffic in the country’s urban centres, particularly in Accra and Kumasi.

He further advised them to be disciplined, courteous, hardworking, and exhibit a high sense of professionalism wherever they would find themselves, and ensure that their actions are in conformity with the laws of the country.

He stressed that though the collaboration between the NSS and the police has contributed to keeping the sanity on roads, there is the need to strengthen the collaboration to help commuters stay safe and alive while they ply the various routes to their workplaces, home, churches, and wherever they wish to go.

“We at NSS are ever prepared to engage more on this collaboration to explore several innovative ways to enhance our work and if possible increase the number of personnel to serve you in every nook and cranny of the country,” he emphasised.

He said, the module has contributed immensely and has also provided a unique opportunity for the personnel to gain skills in paramilitary policing and community service.

The NSS Boss reiterated that every year, over 80,000 Ghanaian students who graduate from various accredited tertiary institutions are deployed to do a one-year mandatory national service to the country.

The graduates, he further stressed, constitute a pool of resources and that, there is the need for the police Administration to take advantage and request more of the personnel to be engaged in traffic management to reduce the huge vehicular congestion on the roads.

The Director-General of MTTD, DCOP Francis Aboagye Nyarko, on his part, said that it was the expectation of the police that the module would expose the service personnel to police-civilian relationships and a sense of patriotism and nationalism in serving the country.

“Additionally, the module is expected to expose the national service personnel to the operations of the police service and erase the negative stereotype they might have had about the police service,” he added.

Among the personalities present at the occasion were the Head of supervision of the National Insurance Commission, Mrs Stella Jonah, Commandant of the Police Academy, and ACP Darko Offei Lomotey.