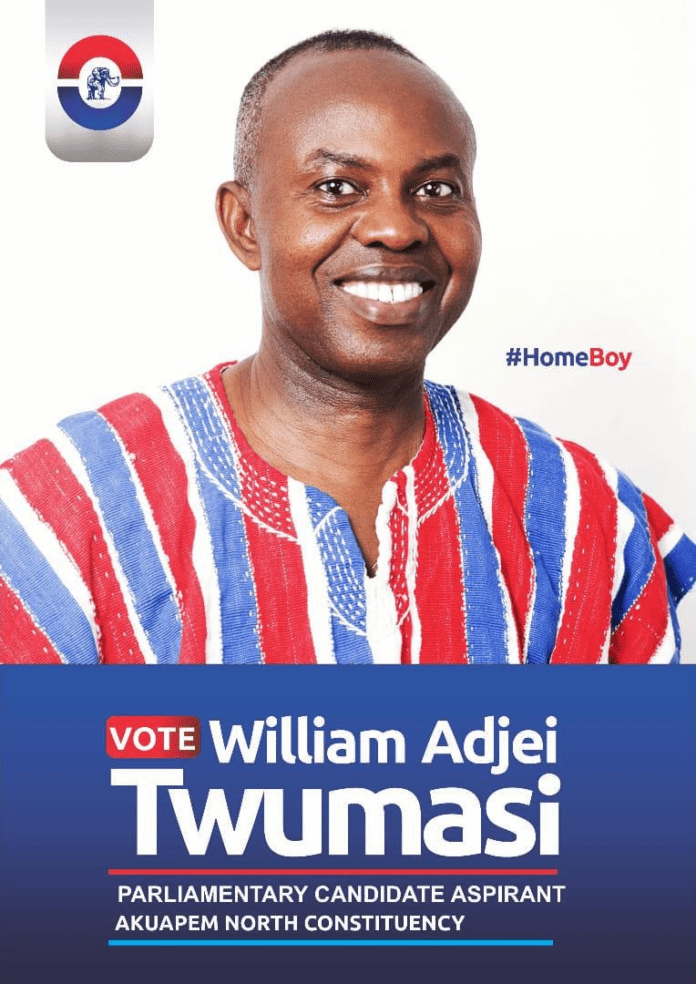 Member of Parliament for Akuapem North and Deputy Minister for Information, Nana Ama Dokua Asiamah Adjei, will have to intensify her campaign in the upcoming primaries of the New Patriotic Party (NPP) as she gets a challenger.

Dr William Adjei Twumasi, who is the Finance Officer of the Presbyterian College of Education, Akropong, is lacing his boots to give the incumbent a run for her money.

Some polling station executives reportedly picked nomination forms for him as their candidate ahead of the 2020 general election.

They are certain Dr Twumasi is the best bet for the NPP to retain the Akuapem North seat.

The aspiring MP, popularly known as ‘Home Boy’, has promised massive development should he be given the nod to lead the NPP in the 2020 general election.

Dr Twumasi urged NPP delegates to vote massively for him for accelerated development in the constituency.

Meanwhile, the Deputy Minister for Information last Thursday submitted her nomination forms to seek re-election as the parliamentary candidate for the December general election.