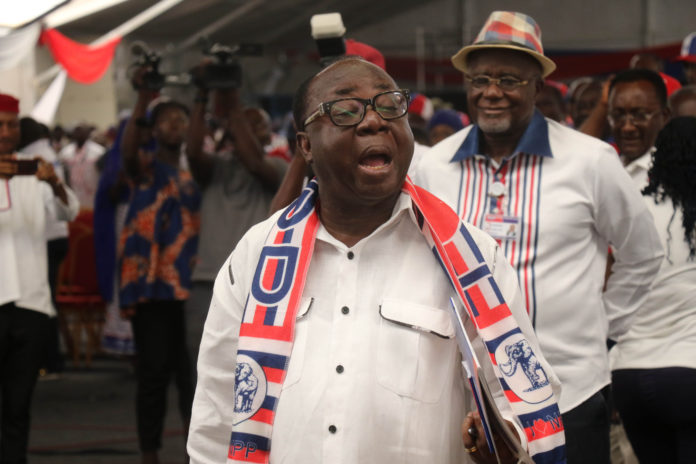 The New Patriotic Party (NPP) has extended the date for the sale of nomination forms for polling station executives and electoral area coordinators elections.

This follows reported disturbance that has characterized the exercise following the opening of the sale of the forms on Saturday, February 19, 2022.

This was made known at a press conference at the party’s national headquarters in Accra Monday night.

Addressing the press conference, the National Chairman of the NPP, Freddy Blay, directed all polling stations and electoral area executives to comply with the new directive.

He said nobody should deny any eligible candidate a nomination form.

He said the party has made available adequate forms to all the 38,632 polling stations across the country to facilitate the smooth conduct of the exercise.

Mr Blay said when the party picked up information that there were some pockets of violence at some areas, including Kade, Manhyia North and Ningo Prampram, officers were dispatched to such areas to investigate the incident so that all individuals whose actions might have contributed to the said disturbances will be brought to book.

He said the party’s leadership had been monitoring the exercise keenly and would not allow anyone to mar the exercise.

For him, the party had made adequate preparation for the exercise.

Mr Blay also urged all party stalwarts who would want to purchase the forms to channel the money for the forms through the party’s headquarters.

He encouraged all party members to cooperate with the leadership of the party for the smooth conduct of the exercise.