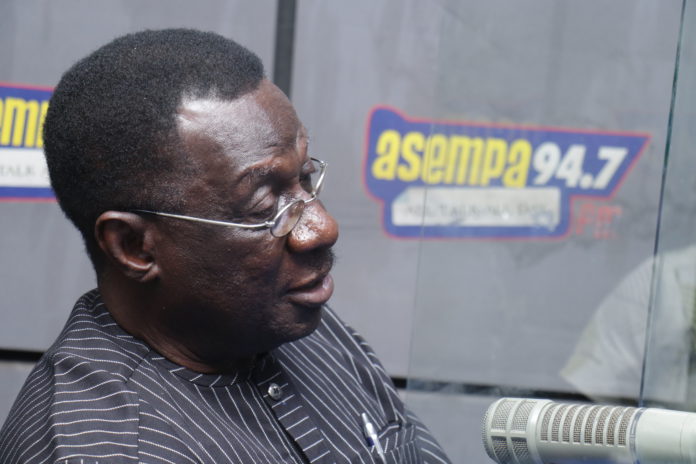 National Chairman hopeful of the New Patriotic Party(NPP), Prof. Christopher Ameyaw-Akumfi, is optimistic about winning the impending election with over 50% of the votes to be cast.

He acknowledges that the race will be very competitive but with his message of unity and his competence displayed over the years, the delegates will vote for him.

“It will be a very competitive election but I’m hopeful of winning with over 50% of the votes after the polls,” an optimistic Ameyaw-Akumfi said.

There are reports of vote buying but reacting to it, he explained that he does not have money to buy votes.

He indicated that he had not heard of such reports but indicated that if it’s true, he knows that NPP delegates will not fall for handouts to choose incompetence.

He says the delegates of the great NPP believe in his competence and will vote for him based on that.

“I don’t have money to buy votes, the delegates will look at my competence to vote for me,” he said.

Delegates of the NPP have converged at the Accra Sports stadium to elect new national officers for the party.

It is the hope of the party to break the eight and make history as the first political party to govern for more than eight years.