The Chief Executive Officer (CEO) of the Ghana Chamber of Bulk Oil Distributors, Senyo Hosi, has indicated that there is no prospect for reduction in fuel prices in the country.

“Ghana is a price taker on the world market. We are not price makers. We don’t supply or produce enough oil to determine or influence the price of oil in the world and that won’t change any time soon.

“So we are actually just taking the effect of the general global situation which is also engraved in very strong economies,” he said.

The comment comes on the back of the announcement by the Oil Marketing Companies that fuel prices will go up by 7% effective October 16, 2021.

Despite calls from consumers of fuel for the government to intervene and ensure that petroleum prices are reduced, Mr Hosi doubts much can be done about the situation since fuel price hikes or reductions are dependent on various factors beyond the government’s control.

He, however, has proposed some measures to the government to ensure that fuel prices on the local market are stabilised.

During the show, he called for a reduction of the taxes that influence the price build-up of fuel. He asserted that there are a lot of tax inefficiencies in the country’s tax system which need to be fixed in order to address the problem.

“One thing is for you to rationalise your taxes,” he said.

“We can also look at our market structures in itself and say that we can optimise our supply chain and take hedged positions that can help us,” he said.

Also, he stated that Ghana, as a net exporter of fuel can leverage its exports from crude and reduce taxes on the commodity, adding that government can also resort to the hedge option.

“We are a net exporter of oil, meaning we make income when prices go up and we export crude but we take a lot of stress from the downstream side when it has to do with the purchase or distribution of fuel products.”

He further stated that the government can have an “FX market for the oil market so that the government from time to time can make a supply Forex which is being used to buy other products, rather directed towards oil specifically, so we can reduce the prices of fuel.

“That alone can reduce the prices by 4%,” he added.

Ghana among countries with highest fuel prices in Africa

NPA reacts to calls to scrap taxes on fuel 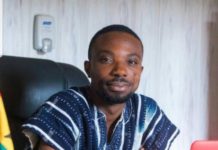 Govt needs to do something about prices of fuel – NPP communicator 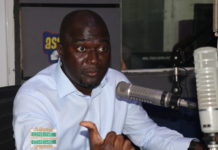