The Chief Executive Officer (CEO) of the Ghana Athletics Association, Bawah Fuseini, says media reports that some Ghanaian athletes have been denied visas to the Commonwealth Games 2022 are ‘false’ and should be ‘ignored.’

“Let me state this categorically clear; no Ghanaian athlete was or has been denied any visa,” Bawah told Joy Sports.

Reports on Wednesday suggested that the athletics governing body has been forced to make changes to the country’s 4×100m relay team that competed at the World Athletics Championships in Oregon, where they finished fifth.

The quartet of Sean Sarfo-Antwi, Joseph Manu, Ghana’s fastest 100m and 200m sprinters, Benjamin Azamati, and Joseph Paul Amoah obliterated the national record of 38.08s in the relays, setting a new one of 38.07s.

Many had expected same team to compete at the Commonwealth Games but were left disappointed that, Manu, who dominated the third leg with a run of 9.21s as Ghana finished behind Canada, USA, Jamaica, and Great Britain in the final on Saturday, will not be competing in the games after reports emerged that he has been denied a visa.

“Manu was not entered for games for personal reasons,” Bawah clarified.

“Hor [Halutie], Latifa Ali, and Deborah [Acquah] are still waiting for their visa applications. They are still within the 15 working days to get their visas and today is the 15th day. I repeat that no Ghanaian athlete has been refused [a] visa,” he insisted.

“No information has come from the embassy in the US here that one or more athletes have been denied visas. Today, Alex [Amankwah] got his visa, [and] Joe Paul [Joseph Paul Amoah] also got his visa yesterday and they will be departing to the US today to Birmingham.

“Azamati is on his way, Abigail [Kwarteng] is also on her way [to Birmingham]. Ignore reports that Ghanaian athletes have been denied visas to travel to the Commonwealth Games. It is entirely false!” he concluded.

Ghana Athletics released its list of athletes for the Games last month.

A total of 14 athletes will compete in seven different events with the majority competing in the sprints.
MEN

The Commonwealth Games get underway on Thursday, July 28, 2022. 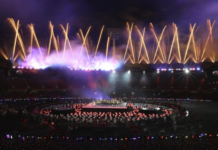 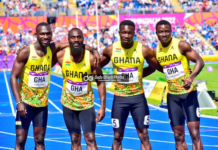 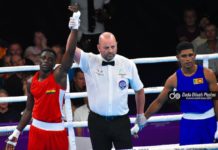