The National Labour Commission (NLC) has ordered the immediate withdrawal of the University Teacher Association of Ghana‘s (UTAG) strike action.

Members of UTAG embarked on industrial action on Monday, January 10, in the quest to demand better conditions of service.

They want the government to restore the conditions of service agreed upon in 2012/2013, which pegs the salary of an entry-level lecturer at $2,084.42.

The move is already biting hard on students as it threatens to derail the academic calendars of various tertiary institutions.

But the Commission in a statement dated January 13, 2022, said the action is illegal as UTAG did not follow due processes despite having genuine concerns.

It added that the issue over which UTAG embarked upon strike has been settled.

This follows hours of deliberations and hearings with UTAG and the Fair Wages and Salaries Commission (FWSC) and other stakeholders.

Madam Abena Osei Asare assured Ghanaians of government commitment to ensuring that the issues are resolved to ensure a conducive academic atmosphere.

Meanwhile, UTAG National President, Professor Solomon Nunoo says the executives will meet its members to decide the next line of action. 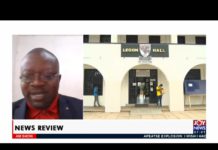 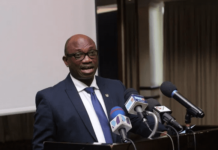 Do you wear your shoes before socks? – Deputy Employment Minister asks UTAG leaders