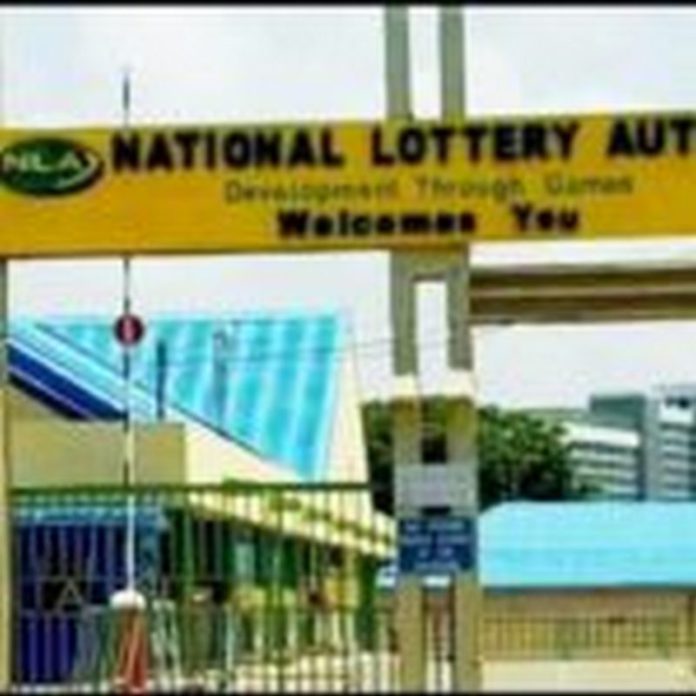 The resolution of a 30-year-old impasse between Private Lotto Operators and the National Lottery Authority (NLA) is at the brink of collapse due to the conduct of some members of the Ghana Lotto Operators Association (GLOA).

Also, the conduct of its allied group known as Concerned Lotto Agents Association of Ghana (CLAAG) was also not good.

KGL not taking over of NLA

The NLA has stated categorically that there was no policy for KGL Technology Limited to take over from the Authority which was confirmed by the Minister of Finance, Ken Ofori-Atta, during his vetting at the Appointments Committee of Parliament.

“It is instructive to place on record that NLA is not creating any form of monopoly for KGL Technology Limited” and urged the media and the general public to totally disregard the allegations by GLOA.

For the avoidance of doubt, Keed Ghana Limited is not the same as KGL Technology Limited in terms of operations.

Keed Ghana Limited was duly licensed by the NLA to operate a dividend-based game on behalf of NLA known as Lucky 3 with an official shortcode of *987#.

On the other hand, KGL Technology Limited is an online lotto marketing company duly licensed by the NLA to operate the 5/90 Original Lotto on behalf of the Authority with the official short of *959#.

The allegations by GLOA against KGL Technology Limited and it’s Chief Executive, Alex Dadey and Keed Ghana Limited are baseless.

The Legality of KGL

KGL Technology Limited is fully legal and recognised by the NLA as an online lotto marketing company responsible for the operation of *959# on behalf of NLA.

The partnership between the NLA and KGL Technology Limited could be best described as a GAME CHANGER.

This partnership is a million times more profitable to the NLA than the licenses issued to members of Ghana Lotto Operators Association including Alpha Lotto Limited.

KGL is not Indebted to NLA

GLOA sought to create misleading information that there was a KGL cabal with intentions of creating a monopoly over online Lotto for KGL Technology Limited to the disadvantage of the State and other Lotto Operators.

KGL Technology Limited is a wholly-owned Ghanaian company with no political attachments.

It has a track record and perfect platform which has been very useful to the revenue mobilisation efforts of the NLA.

The attempts by GLOA to link KGL Technology Limited to government appointees was unfortunate and needs to be totally ignored by the media and the general public.

There were no hidden intentions, and absolutely no “take-over” schemes to surrender NLA to KGL Technology Limited.

KGL Technology Limited is only an online Lotto marketing company duly licensed by NLA and operates on behalf of NLA aimed at supporting the revenue generational capacity of the Authority.

The NLA stands by every statement that has been issued by the Public Relations Unit against the illegal activities of Alpha Lotto Limited.

The NLA has every power to curtail the illegal short code, and illegal Live Draws of Alpha Lotto Limited.

The NLA would not hesitate to revoke the licenses of Private Lotto Operators who were not operating within the terms and conditions of their respective licenses.

The Authority as the regulator would also not allow any private lotto operator to operate a short code without the appropriate license from the Board of NLA.

The NLA as the regulator would not allow any private lotto company to conduct independent live draws on TV without a Draw Committee duly constituted by NLA in accordance with the National Lotto Act 722 and Lottery Regulations, 2008(L.I. 1948).

The NLA has stated categorically that, the licenses issued by Kofi Osei-Ameyaw, the former Director-General to all Private Lotto Operators were without Board approval.

In accordance with the National Lotto Act 722 and Lottery Regulations 2008(L.I.1948), the licenses issued by the former Director-General, Kofi Osei-Ameyaw to the Private Lotto Operators are not grounded in law because it is ONLY the BOARD of NLA that has the powers and authority to grant licenses to companies or individuals who want to operate Lotto in Ghana.

President Nana Akufo-Addo is fully committed to protecting the NLA from collapsing and setting the records straight once again, KGL Technology Limited is not indebted to NLA by GHC20 million.

The only recalcitrant group here is the members of GLOA/CLAAG, and the NLA would like to caution members of GLOA that they cannot fight NLA, the regulator through the media or Court and become successful.

“NLA shall never allow the illegal activities of some GLOA and CLAAG members to collapse NLA”.

KGL Technology Limited and Keed Ghana Limited have their respective licenses duly approved by the Board of NLA in accordance with the National Lotto Act 722 and Lottery Regulations, 2008(L. I. 1948).

Status of members of GLOA and CLAAG licenses

All the allegations by GLOA, CLAAG and their ‘allies’ against the Presidency, Government Appointees, Alex Dadey, Razak Kojo Opoku and Ernest Mote were baseless and urged the media and general public to totally and wholly disregard those amateurish allegations and treat them with a pinch of salt.

So far so good, the NLA was very happy with the KGL Partnership and absolutely no media noise from GLOA, CLAAG and their ‘allies would stop the partnership between NLA and KGL Technology Limited because the partnership is ‘a GAME CHANGER and more profitable to NLA.