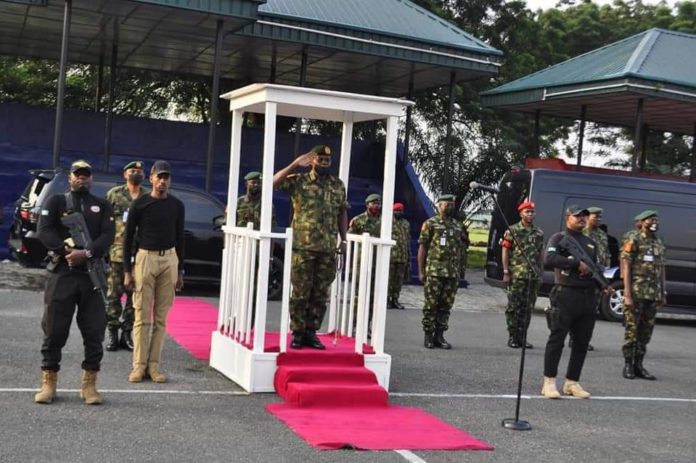 The Chief of Army Staff, Lt. Gen. Farouk Yahaya, has ordered officers and men to be professional in the discharge of their duties.

Lt. Gen Yahaya gave the charge on Tuesday at the Headquarters of 6 Division of the Nigerian Army in Rivers State.

Addressing the 29 battalion troops at the parade ground within Port Harcourt Barracks, the COAS enjoined them to learn from their superiors.

“For you to be professional and disciplined, you learn from your superiors,” he said.

He urged RSMs to endeavour to bring back the glory of the Army by being role models to the young ones.

The COAS handed over a new Hilux vehicle to 6 Division RSM, AWO Baba Bello to enable him carry out official duties effectively.

ALSO READ: Woman with Gym Instructor before his death gives chilling account of…

He also inaugurated two renovated blocks of 12 flats each and laid the foundation for the construction of one block of 10 flats for Corporal quarters.