The house of representatives has rejected castration of persons convicted of rape, after it was suggested during one of the meetings.

At Thursday’s plenary session, the lawmakers voted against castration as punishment for rapists as suggested by one of its members, James Faleke from Lagos state.

The Speaker, Femi Gbajabiamila, opposed, giving excuse that such laws are not applicable to females, typically older ones who rape younger male.

The lawmakers, however, called for stiffer penalties against persons found guilty of rape.

They also asked the federal government to launch a more effective campaign against rape and other forms of sexual violence against women.

This follows the senseless killing of a student who was beaten and raped after which her head was bashed with a fire extinguisher inside a church.

According to reports, the 22-year-old Uwavera Omozuwa was killed in a church while she was studying.

Her unsolved murder has garnered some advocacy in Nigeria and beyond, prompting women to call out their abusers.

N/R: Man to commit suicide if police fail to arrest rapists who killed her daughter 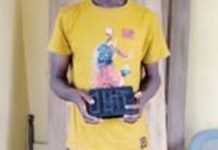 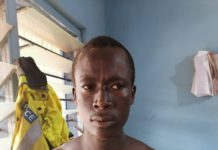 Man who fled after raping a young girl arrested