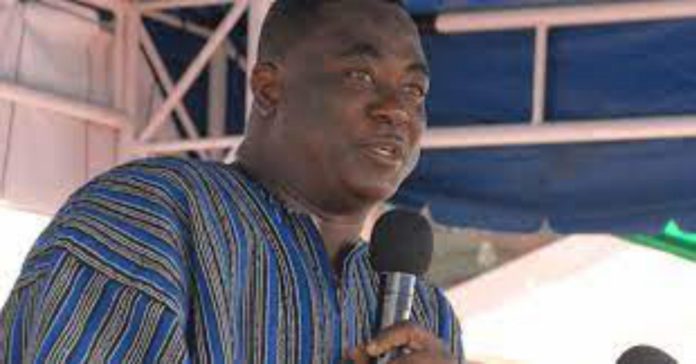 Former Member of Parliament for Kpone-Katamanso Constituency, Joseph Nii Laryea Afotey-Agbo, has advised members of the National Democratic Congress (NDC) to unite ahead of the 2024 general election.

He said members needed to abhor intra-party hatred, attacks and vilification of party members but to unite the rank and file for victory in the 2024 election.

He made the remarks during an NDC outreach programme at the Golf City in the Kpone-Katamanso Constituency.

Mr Afotey-Agbo said the party’s interest should be paramount to individual parochial interest.

“We should work hard together to put the party on a solid ground in the constituency,” he said.

He warned people who spread false information about other members to desist from such acts, stressing that such moves would only divide the party at the grassroots.

Mr Afotey-Agbo advised the branch executives to remain resolute and love one another as the party works to recapture power in Election 2024.

Mr Nicholas Oko Ofei, Kpone-Katamanso Constituency Chairman, expressed gratitude to the members of the party for the support over the years.

Mr Ofei said the party would soon conduct branch level elections at the constituency, regional and at the national levels to elect officers to man the various positions in the party.

He gave assurance to members that the party hierarchy would at all times put in measures to meet their interests, adding that party sympathizers must continue to support the grassroots to secure the needed victory in 2024.