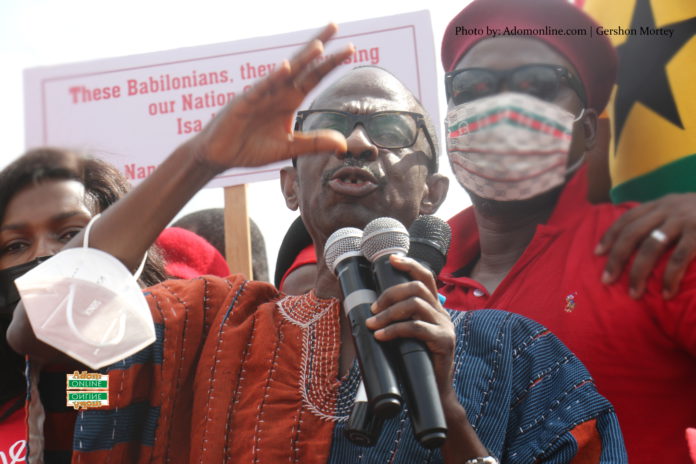 The National Chairman of the National Democratic Congress (NDC) wants party members to let go of all rancour in the party to build a solid campaign team for the 2024 general election.

Johnson Asiedu Nketia says factions within the party will disrupt the good message of the party and ruin their campaign in the 2024 general election.

He spoke to the media during a reconciliation tour in the Ashanti Region.

The NDC has started its reconciliation tour in the Ashanti Region to iron out issues that can derail the party’s agenda to regain political power in the 2024 general election.

The team was led by National Chairman, Mr Nketia, together with some party elders, including Kofi Totobi Kwakye and Col. Rtd. Larry Gbevlo Lartey.

The National Chairman said it is aimed at uniting the base of the party and building peace as the party prepares for the ‘must-win’ 2024 general election.

The delegation engaged in a dialogue with the Ashanti regional executives, members of the Ashanti Caucus, Regional Council of Elders and other identifiable groups within Ashanti NDC.

Mr Nketia said he holds no grudges against any member including the former chairman of the party and wants party folks to do away with factions.

“Being a regional or national executive doesn’t make you a wiser person in the region or in the party, everybody should let go rancour. Nobody should hold themselves a group belonging to anybody, those are things of the past, there is work ahead of us, let us unite and win convincingly,” he said.

Stakeholders resolved to put behind fallouts from the party’s recent internal elections and any other issues to dedicate themselves to work collectively in the interest of the party.

The Ashanti regional NDC Chairman, Nana Akwasi Augustus, called on all the 47 constituency executives to ensure discipline and work together with a common goal.

According to him, recalcitrant members will be dealt with in accordance with the party’s structures.