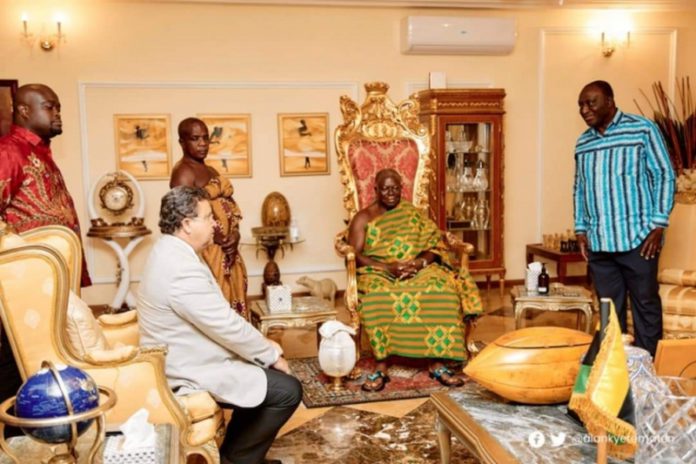 Former Minister for Trade and Industry, Alan Kyerematen, has revealed a thirteen million dollar strategic investment fund from the World Bank for the development of the Greater Kumasi Industrial City and Economic Zone project.

It is in anticipation of a 150 million dollar facility from the South Korean government for extension of the offsite industrial facilities.

Mr Kyerematen, who introduced leadership of the World Bank to the Asantehene in Kumasi, said the park, when completed, will be a game changer in the country’s industrialization drive.

He added, “on my recent visit to South Korea, at the very highest level, they have shown not just an interest but the desire to provide concessionary financing to support the establishment of the city.”

It is believed the Africa Continental Free Trade Area will offer opportunities for private sector participants to reach foreign markets.

The Greater Kumasi Industrial Park is envisaged to be the prime manufacturing hub of the country. It sits on five thousand acre land at Ejisu in the Ashanti Region.

The facility will host different industrial parks within the city for the manufacturing of different products.

Former Minister of Trade and Industry, Alan Kyerematen explained the enclave will create job opportunities for the youth and improve the national economy.

“We are already having discussions with one of the global theme parks in the world. Hopefully, this new industrial city will host the first African theme park which is going to make the Ashanti Region a place to be. Our critical challenge is about creating jobs and we know the experience of the most advanced economies in the world it is about creating industries,” he explained.

With the initial investment made, the project is expected to attract private sector participation.

Meanwhile, the World Bank has assured preparedness to help develop the country, with focus on digitalisation.