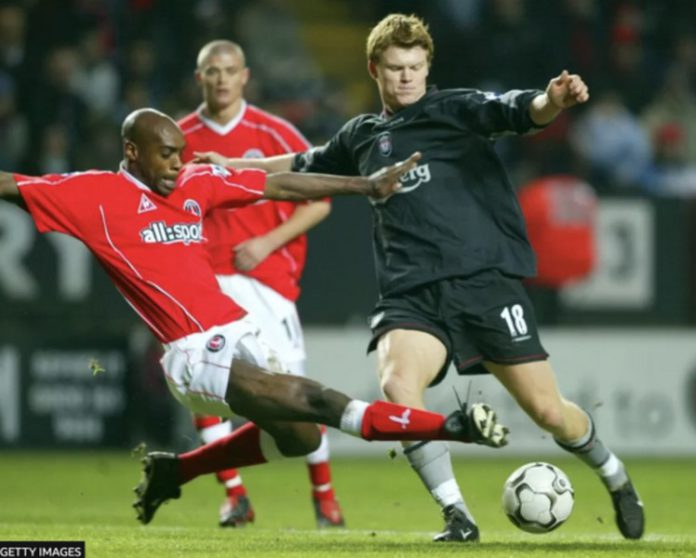 A former Premier League defender has been jailed for defrauding friends, family and associates out of £8m in a pyramid scheme.

Ex-Charlton Athletic player Richard Rufus was found guilty of fraud, money laundering and carrying out a regulated activity without authorisation.

Prosecutors said he had claimed he was a foreign exchange trader, convincing victims to invest in a low-risk scheme.

Rufus, 48, was jailed for seven-and-a-half years at Southwark Crown Court.

He was forced into retirement in 2004 following a knee injury.

Following the hearing, Roger Makanjuola, of the Crown Prosecution Service (CPS), described Rufus’s actions as “selfish”, adding the footballer used his status as a professional athlete and a respected church member to scam his victims.

“While making these huge losses he put approximately £2m into his personal accounts, allegedly for the purposes of investment but this was never transferred over to his trading account.

“We now commence confiscation proceedings to seek to recover his ill-gotten gains”.

In a statement, City of London detectives said Rufus, of Purley, used his status as a sportsman to give the impression he was wealthy and successful, when in reality he was failing to make a profit from his trading activities.

Rufus claimed he was an experienced foreign exchange broker but was in fact using his victims’ money to reimburse those who had paid in as part of a pyramid scheme, the statement said.

Investigators added he told one victim he only traded 5% of the capital investment, which meant 95% would have been retained safely – reducing the risk of incurring large losses.

Of the £15m paid to accounts controlled by Rufus, investors received back a total of around £7.6m.

In the process, police said relationships and loyalties between friends had been shattered, with many suffering huge financial and mental health difficulties.

Analysis of his finances showed Rufus spent some £300,000 on his own lifestyle – including payments for travel, car finance, restaurants and shopping, police said.