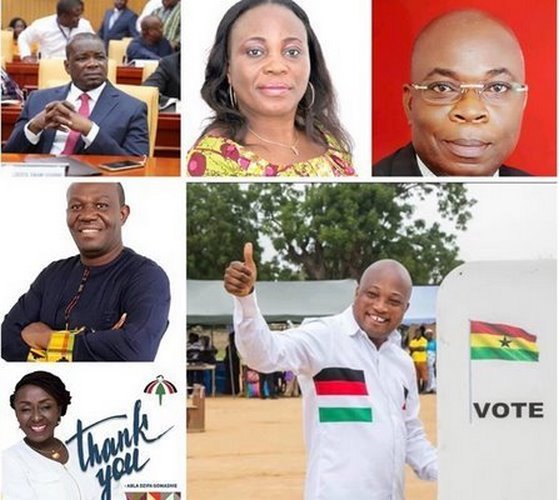 Thirteen incumbent Members of Parliament in the Volta Region, got their mandates renewed by delegates to contest the 2020 elections on the ticket of the opposition National Democratic Congress (NDC).

Agotime Ziope MP, Charles Agbeve was acclaimed as he went into the primaries unopposed.

The primaries at Ho Central were nearly marred by controversy, following the addition of six new branches to the constituency register.

Some of the aspirants objected to the inclusion of the branches on the grounds that three were not properly constituted and the rest had no Electoral Commission (EC) code numbers.

Calm was restored with a consensus that delegates from the six new branches were not qualified to participate in the election which saw the incumbent MP, Benjamin Kpodo, beat his five contenders. He polled 44.3 % of the total valid votes cast at the end of polls.

Vociferous immediate past constituency secretary, Stanley Glatey, who was tipped to give Mr Kpodo a stiff competition, managed to receive 189 votes in his favour.

She had 585 votes to clinch victory, beating her closest contender, Foga Nukunu with 30 votes.

“There are many other things that I have proposed in my manifesto, my policies, and I’m sure that there will be an opportunity for me to bridge what the other aspirants have with mine and see how we can together make Ketu South strong. It’s all about NDC and Ketu South and I’m going to work very hard for the NDC,” she said in an interaction with the media.

MP for South Dayi, Rockson Defeamekpor beat off competition from Frank Kofi Dei to win the NDC’s spot ahead of the 2020 parliamentary elections.

He assured to continue to evenly spread development projects across the constituency while representing the interest of his constituents and the party in Parliament.

ALSO: I spoke the language of the delegates – John Dumelo on victory

“If you look at the quantum of the fund that comes in as the MPs’ share of the common fund, so small that you can really not do much but like they say it’s a cake. You have to share it bit by bit for everybody to have theirs,” he JoyNews.

Dela Sowah was retained to contest for a third term in Parliament to continue representing the Kpando Constituency. She had 256 votes in the primaries contested by Killian Donkor, Sebastian Deh and Fonu Kofi Kpatakpa, a former NDC National Deputy Youth Organiser.

Mr Donkor, who resigned his chairmanship position to contest the primaries, urged his supporters to rally behind Dela Sowah and work assiduously to wrestle power from the governing New Patriotic Party (NPP) in 2020.

Meanwhile, the Volta Region Secretariat of the NDC has entreated contenders in the just ended primaries to burry their differences and join forces to unseat the Nana Akufo-Addo government in the upcoming general elections.

A communique signed by the Volta Regional NDC Secretary, James Gunu, stated that “we encourage all our members… to put the primaries behind, to ensure unity and cohesion of the party at all levels and remain focus in order to win the 2020 presidential and parliamentary elections.”