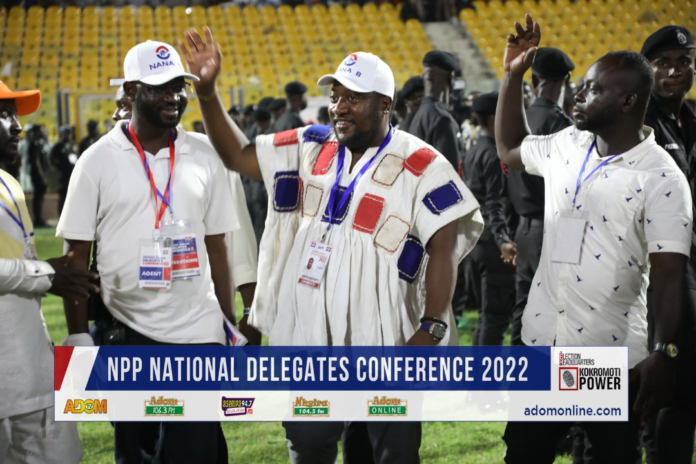 The National Youth Organiser of the New Patriotic Party (NPP), Henry Nana Boakye, popularly known as Nana B, has won the National Organiser position of the party.

He beat off competition from five others to win the slot at the party’s National Delegates’ Conference which started on Saturday, July 16, 2022, at the Accra Sports Stadium.

Prior to the elections, he said, “I have a clear plan that will help the party re-capture some of the seats we lost in the last general election”.

He added that as an organiser, resources and logistic mobilisation are key to the success of the job and that his background as National Youth Organiser will help him discharge his task.

Nana B was a campaign Team Member in the Tarkwa Nsuaem constituency for the NPP during the 2004 elections.

Nana B, who later enrolled in KNUST to further his studies, also became the TESCON President of KNUST, for 2011/2012.