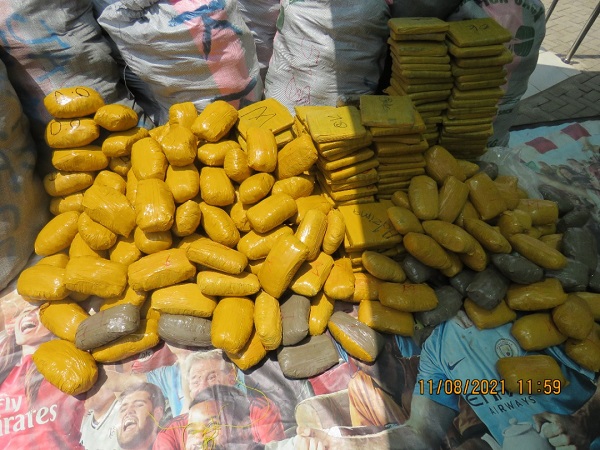 The Narcotics Control Commission (NACOC), in collaboration with the Volta Regional Police Command, has seized 9,752 slabs of cannabis.

The seized items are estimated to cost GH¢4.87 million.

The banned products were intercepted in the regional capital, Ho, after a joint operation in the early hours of last Tuesday.

The Head of Communications at NACOC, Mr Francis Opoku Amoah, told the Daily Graphic that the operation was a result of several months of intelligence work by the commission in respect of cannabis production and distribution within the Volta Region.

Mr Opoku Amoah explained that the compressed banned substance was being conveyed in a Mercedes Benz truck with registration number GC 3690-09, bearing the inscription: “HASKY 1’’, at the back.

The vehicle, Mr Amoah said, was moving from Dzemeni in the South Dayi District of the region to a destination suspected to be in the southern part of the region, through the regional capital.

The cannabis, he said, was packed in 128 sacks with no cover load when the truck was intercepted in Ho by the joint team.

Mr Amoah said further investigation was ongoing in relation to the seized consignment.

In March last year, NACOC, in a joint operation with the Ghana Navy, intercepted 12,555 compressed slabs of cannabis near Keta in the Volta Region.

The commission described the seized slabs, which were packed into 159 sacks, with a street value of GH¢12 million, as the largest cannabis haul in the country. 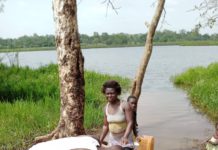