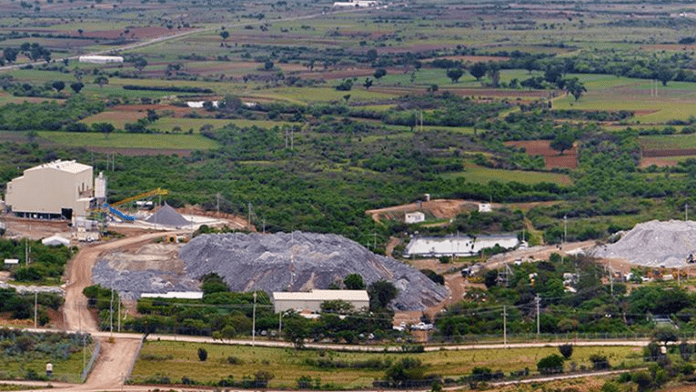 The Benviko said he followed due process in obtaining the needed documentation that makes him the rightful owner of the concession, contrary to claims he used links through the corridors of power to hijack the 70-acre land.

“I went through the mandated institutions and obtained the requisite documents.  Claims I used politics to snatch a concession belonging to another person is baseless. The Minerals Commission among others outlined the processes involved in owning a concession which I have followed to the latter. Even though I am the owner of that concession, I have not commenced operations because I am waiting to clear the final hurdle”, he revealed.

“I am currently waiting for the results of a sample of the sand which was taken for laboratory test,” he added.

According to him, other persons claiming right over the same parcel of the concession may be those who fraudulently acquired such documents, daring them to prove otherwise.

The Chairman of the China Branch of the ruling New Patriotic Party (NPP), also denied claims that he acted as President Akufo Addo’s personal translator whenever he is in China describing such claims as pure falsehood by some faceless persons.

“You know Ghanaians believe that once you make an allegation and you don’t attach politics to it, you are not taken seriously. I am shocked they tried linking the President to an issue he has no knowledge about. The records are available for you to know the number of times the President has visited China”, he disclosed.

“Is the person saying Ghana Mission in China doesn’t have official translators?”, he queried.

On siting 30 Chang Fang dredging machines  anchored on dug out pits ravaging the belly of the earth for gold on the 25 acre concession, he said “ I have never seen a Chang Fang machine before. Mine concession is above 25 and cannot be classified as a small-scale mining”.

Mr. Owusu Achiaw also debunked the allegation that two miners died on his concession, asking how two persons died on a mine he has not started working on.

Mr. Owusu Achiaw said even the MD of Kaasmil Mining Company Limited once approached him to work together but he declined, so he was not surprised such frivolous allegations were leveled against him.

Below are documents to the concession: