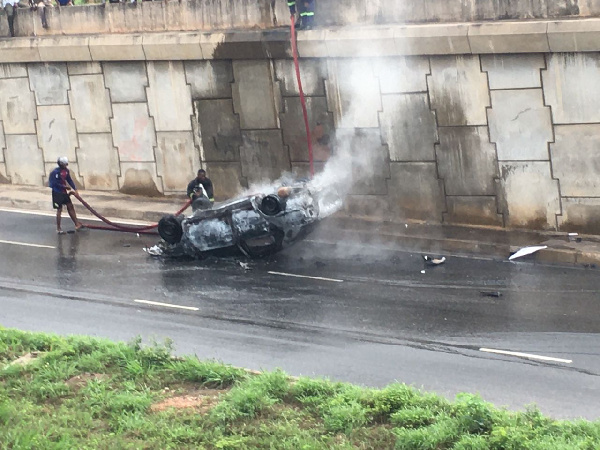 A driver of a Toyota Yaris escaped death when the vehicle caught fire and burnt beyond recognition on the Legon-Madina bypass.

The incident occurred in the early hours of Thursday, August 19, 2021.

The driver of the vehicle with the registration number GX 2031-21 was heading towards Madina when the incident happened.

A witness narrated the driver hit the side of the overpass a few seconds after a trotro driver overtook it.

The driver of the Toyota Yaris then lost control and veered off the road, turning to land on the roof followed by the fire.

The fire engulfed the entire vehicle and it took the efforts of the Fire Service Personnel to douse the fire.

The distraught driver struggled with tears and fumed with anger as the fire personnel queried to find out what caused the accident.