Betty Appiah, a 32-year-old nurse with the Tema Medical Centre, was on Wednesday knocked down by a motor rider on the Tema General Hospital road.

Preliminary investigation indicates that Awal Osah, 41-year-old, motor rider, failed to give way to the nurse who was attempting to cross the road at the pedestrian crossing markings and ended up knocking her down.

According to the Tema Regional Motor Traffic and Transport Department (MTTD), at about 14:20 hours, the suspected rider was in charge of Royal motorbike with registration number M-17 GT 1062 and was riding along the Tema General Hospital road from Community five.

He was riding towards the Ashaiman direction with his son, Sule Osah, 14-year-old, as a pillion rider.

Upon getting to a section of the road before the Community Seven traffic light intersection, he failed to stop and give way to the nurse.

The suspected rider, pillion rider and the nurse sustained various degrees of injuries and are all currently on admission at the Tema General Hospital receiving treatment.

Meanwhile, the MTTD has revealed that 39 persons in the Tema Police Region died as a result of road accidents between January and March this year, Sergeant Richard Timinka, MTTD has disclosed.

He noted that the deaths occurred from 344 accidents involving 194 commercial vehicles, and 248 private cars as well as 99 motorcycles, tricycles, and bicycles.

The GNA-Tema and MTTD Road Safety Project seeks to actively create consistent and systematic weekly awareness advocacy on the need to be cautious on the road as a user, educate all road users of their respective responsibilities, and sensitise drivers, especially of the tenets of road safety regulations, rules and laws.

Breaking the statistics further Sgt. Timinka said 34 were classified as fatal, 154 serious and 156 minor accidents cases recorded in the first quarter of this year.

He explained that “fatal accidents are those that death occurred; serious ones were those that victims were hospitalised over 24 hours; while minor ones are those which victims spent less than 24 hours in a hospital.

The Tema Region, which spans from Abattoir through to Ada, Ashaiman, Dodowa and the Shai Hills, also recorded 384 injuries due to road accidents.

He noted that there was a high probability of persons getting injured in accidents involving motorcycles and tricycles as the statistics for Tema showed that 91 persons got injured during the first quarter of 2021 and 13 died through the 99 accidents that involved them.

He said another worrying trend was the killing of pedestrians as according to him nine were killed between January and March 2021 out of the 23 knocked down by vehicles.

He urged drivers to be responsible on the road and protect pedestrians by stopping for them to cross while cautioning pedestrians to only cross the roads at designated places and safe places to avoid endangering themselves and other users of the road. 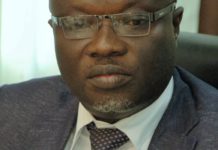 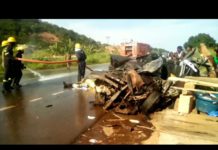