The Minority in Parliament has bared its teeth at the Minister of Trade and Industry, John Alan Kyeremanten for allegedly snubbing the House for a funeral event in the Ashanti region.

Mr Kyeremanten, on two occasions, has failed to appear before the House to move a motion for approval of his 2021 budgetary allocation.

He again failed on Monday to be in the chamber to lay a paper on the floor on the Interim Trade Partnership Agreement between the Government of the Republic of Ghana, and the United Kingdom, Great Britain, and Northern Ireland.

A development that infuriated the First Deputy Minority Whip, Ahmed Ibrahim who cautioned that the House will not accept such disrespectful conduct from sector ministers.

“I had spoken to the Majority Chief Whip who told me the minister was indisposed but later I found out he was attending a funeral.

“Why would ministers abandon their work to attend funerals? If this is allowed to continue, it will affect the business of the House and that will be dangerous for us. So they must be compelled to come,” he lamented.

The Speaker, Alban Bagbin who expressed similar sentiments urged ministers to avail themselves when necessary to aid in the business of the house.

Meanwhile, the Minority Chief Whip, Frank Annor Dompreh queried why Mr Ibrahim hid his information about the minister attending funerals from the House at the expense of his constitutional mandate. 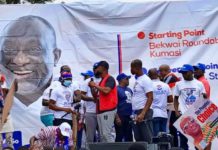 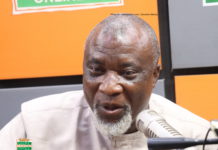 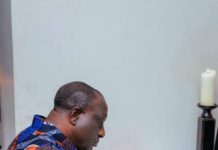