Shops and goods worth millions of cedis have been lost as fire sweeps through some shops in Takoradi in the Western region.

The fire is believed to have started at exactly 12:am on Saturday at the Liberation road.

Fire destroyed at least five shops including First Samuel Warehouse. The cause of the fire remains unknown.

Reports indicate it took firefighters and rescue team over six hours to douse the fire around the Central Business District. 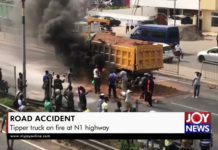 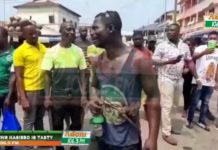 Thief served with beer after residents taught him a bitter lesson 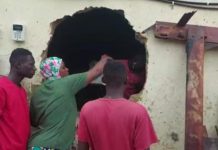 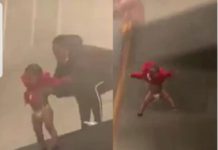