The Media Foundation for West Africa (MFWA) has cited Kwame Baffoe (Abronye DC), Regional Chairman of the NPP in the Bono Region, as the most abusive on the radio

The three together made more than a third of the 39 indecent expressions recorded over the two-week monitoring period (June 15-30, 2020).

A total of 793 programmes were monitored out of which 39 abusive expressions were recorded.

The 39 indecent expressions were made up of insults and offensive comments, unsubstantiated allegations, remarks encouraging violence, threats, comments promoting divisiveness, and provocative remarks.

Officials and affiliates of the NDC recorded the highest number (14) of indecent expressions. Those of the NPP recorded nine incidents.

All the eight indecent remarks captured on Oman FM’s Boiling Point programme were also recorded on Kumasi-based Ashh FM which picks live feed of the programme.

The monitoring and reporting of indecent language form part of the MFWA’s project on Promoting Decent Language and Issues-based Campaigning for Peaceful Elections in Ghana in 2020.

The project seeks to promote issues-based campaigns and decent language before, during and after Ghana’s 2020 elections.

In Ghana, the project is currently being implemented with funding support from STAR Ghana Foundation and OSIWA.

The project is also being implemented in Cote d’Ivoire and Niger with funding support from OSIWA.

The full report which contains the names of the individuals who used indecent expressions and abusive language, and the radio stations on which the expressions were recorded, is available here.

The instrument being used for the monitoring, which contains the category definitions for tracking and reporting of indecent language on radio is also available here. 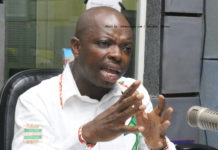