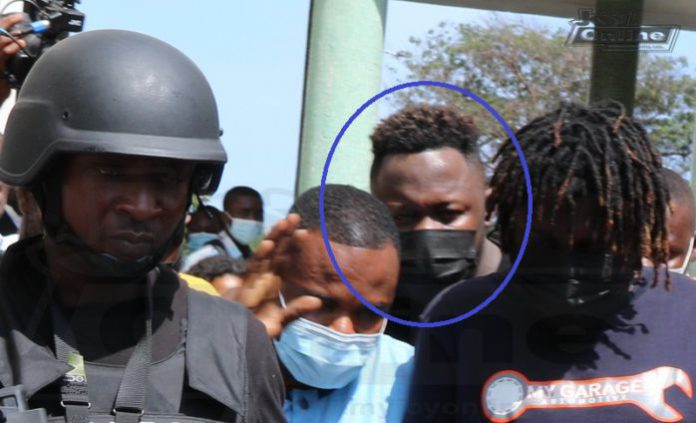 Rapper Medikal has been remanded in prison custody for five days.

He was remanded by an Accra Circuit court on Friday, October 22.

The artiste, born Samuel Adu Frimpong, was arrested on Thursday and charged with unlawful display of arms and ammunition to which he pleaded not guilty.

The rapper’s wife, Fela Makafui and some members of his management team were seen at the court premises ahead of the hearing.

Medikal’s arrest and subsequent remand occurred within three days after his friend, Shatta Wale, was remanded in police custody for his involvement in a hoax shooting incident.

After the court hearing, the ‘Risky’ hitmaker was whisked away in a police pick-up truck.

Myjoyonline.com captured the following scenes from the court premises: