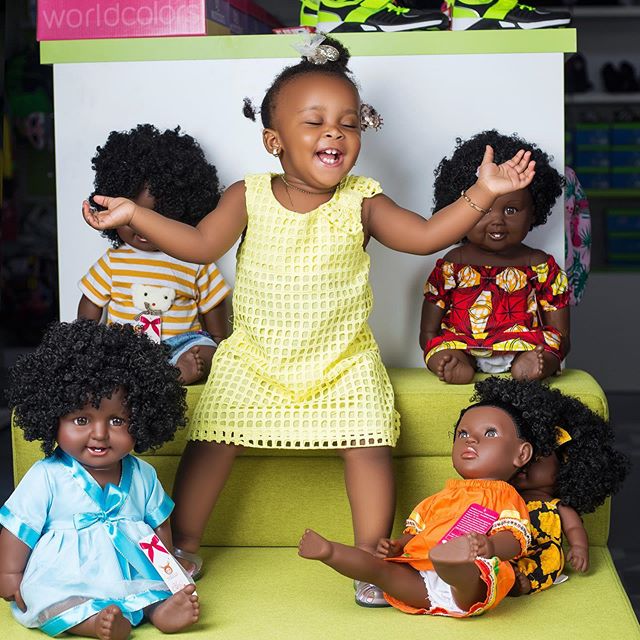 At her tender age, Baby Maxin is making moves and getting attention as most grown-up celebrities do.

Baby Maxin was recently unveiled in her new role as a brand ambassador for Amalena Children’s Haven as she got introduced when the Weija branch of the company got opened.

In videos Maxin, her mother, and father, Maxwell, were spotted inside the shop.

Following her unveiling, Baby Maxin has appeared on a giant billboard at the shop with her mother.

In a new photo actress McBrown could be seen wearing a dress made from a green lace material with red headgear.

Baby Maxin wore a pink dress while sitting on her mother’s left hand.

The photo had been made into a large format wallpaper covering the front view of the shop while the little girl stood in front of the shop.