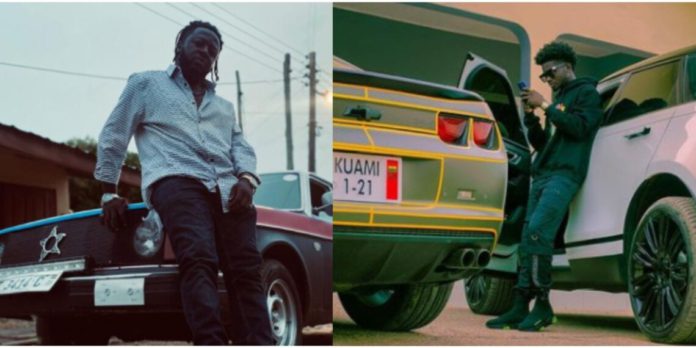 VGMA Artiste of the Year, Kuami Eugene, threw shots at Guru whilst delivering some excellent punchlines. Translating his verse, partly in Twi, he called Maradona a devious minded person who needs to think good thoughts about people.

Unfortunately, hiplife artiste Guru has been fingered as the Maradona person mentioned in his verse. This connection may have erupted from their disagreement earlier this year which took a turn for the worse as both artistes attacked each other.

The feud started when Guru called out the Rock Star for turning down a collaborative feature with him. And according to Kuami Eugene, Guru has been continually disrespecting his label management. Thus, he cannot work with someone who has no respect for his boss, Richie.

All seemed to be well when Kuami Eugene wished the hiplife artiste, Guru, a happy birthday. But after listening to his verse on the Sika Aba Fie remix, was it all a hoax?