Police at Akropong in the Eastern Region has arrested a man, who allegedly shot and killed his friend over GHS 5.00 debt.

According to the police, the suspect, Kwame Dankwa, who went to the house of the deceased, only named as Yaw, ostensibly to retrieve his money, shot him when a quarrel broke out.

The Eastern Regional Police Public Relations Officer, DSP Ebenezer Tetteh, who confirmed the arrest to Citi News, said the suspect will be charged with murder.

“The Akropong police, shortly after that, moved to the crime scene and the body of the deceased was taken to the Tetteh Quarshie Government hospital. During the investigations, Kwame Dankwa reported himself to the police,” he said.

He added: “The suspect is currently, in police custody, assisting with investigations, we are going to charge him with murder and arraign him to face the full rigors of the law. Plans are underway to transport the body to the police hospital for post-mortem and autopsy.” 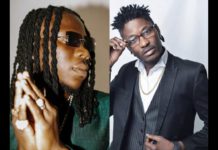