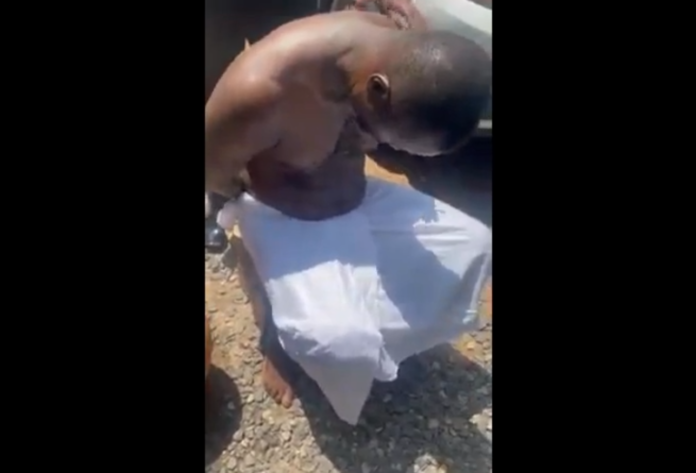 The Ghana Police Service (GPS) has confirmed the arrest of the 42-year-old businessman who allegedly attempted to sacrifice his daughter for money.

In a statement issued by the Public Affairs Unit, the Police said the suspect, Evans Oppong, is currently in custody and assisting with investigations.

Mr Oppong, a resident of Fise near Amasaman is said to have taken his 11-year-old daughter to a herbalist at Oyibi Kom for ritual purposes on Thursday.

The herbalist, Nana Adu-Boafo Jnr, appalled by the situation, recorded their interaction on tape and reported it to the Police right after that.

Describing the herbalist as a patriotic citizen, the Police expressed gratitude to him for saving the life of the child.

“The victim is currently in the safe custody of the Police while an effort is being made to reunite her with her mother and rest of the family,” the Police noted.