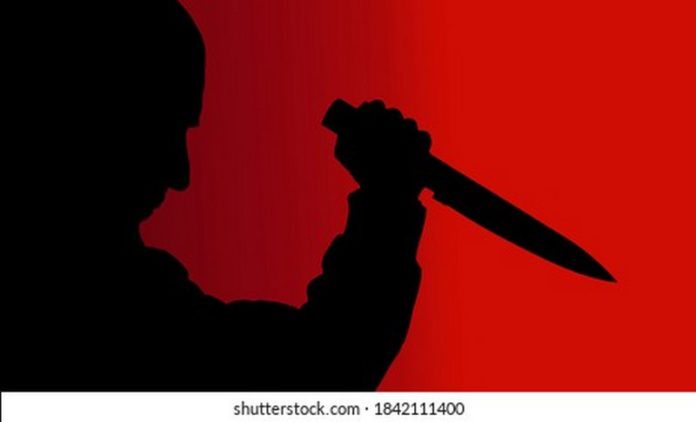 A 36-year-old jealous man has done the unthinkable, by stabbing his fiancée dead over fears that she may leave him for another man.

Suspect Tetteh Kwaw, aka ‘Seedorf’ or ‘Aboboyaa’, a driver by profession, stabbed Diana Boafo, who he has baby with, multiple times on Friday.

Diana, who was reportedly stabbed in the stomach and other parts of her body, bled profusely and died shortly afterwards, it has been announced.

The bloody incident happened at Gyaesaaye in Bosome Freho near Amansie Nsuta in the Ashanti Region, DAILY GUIDE has been reliably informed.

A brother of the deceased, Frank Boafo, confirming the heartbreaking incident, said that Aboboyaa stabbed his sister around 12 midnight on Friday.

According to him, Aboboyaa and Diana were lovebirds who have a six- year-old child together, and they lived happily together at New Edubiase.

Frank disclosed that few months ago, Aboboyaa and Diana’s relationship suffered a major setback as the two lovebirds quarreled frequently.

He noted that the incessant fights and tension in the relationship forced Diana to move away from Aboboyaa.

Diana’s decision to move away from the relationship, Frank indicated, did not go down well with Aboboyaa, who often threatened to attack Diana.

He noted that on Friday night, Diana was returning from a funeral at Gyaesaaye in Bosome Freho near Amansie Nsuta, when Aboboyaa attacked her.

Frank disclosed that Aboboyaa, who was armed with a sharp knife, was said to have stabbed Diana multiple times to end her life in a bizarre manner.

He said on Akoma FM on Tuesday that Aboboyaa after committing the heinous crime went into hiding, adding that efforts were being made to nab him.

The DCE for Bosome Freho, Yaw Danso, also speaking on the same network, described the stabbing incident as heartbreaking and very unfortunate.

The police in his district, he said, have commenced a search to help locate and arrest Aboboyaa to face the law.

Yaw Danso also said that reported cases of murder were on the increase in his district “especially in the Nsuta area”, and called for a stop to the killings.