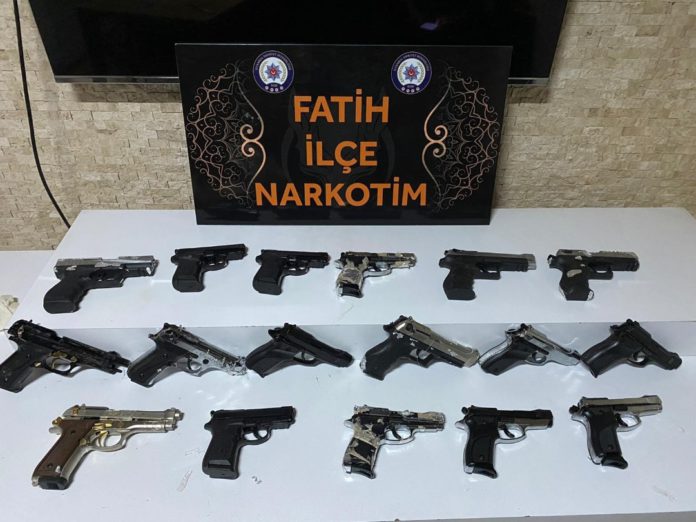 Police in Istanbul have announced the arrest of a Ghanaian national for attempting to smuggle 17 handguns into Ghana from Turkey.

Istanbul Police in a statement published by Turkish pro-government daily Daily Sabah on Monday said 17 pistols that the suspect planned to smuggle were confiscated in an operation on June 17.

Acting on a tipoff that the suspect would send a package containing pistols via a parcel delivery service in Istanbul’s Fatih suburb, police examining the delivery service’s branch found the unlicensed pistols inside a black bag left by the suspect identified as 37-year-old.

Police raided a house in the suburb of Şişli and arrested the suspect.

Istanbul authorities said the suspect was already indicted in Ghana for arms smuggling.