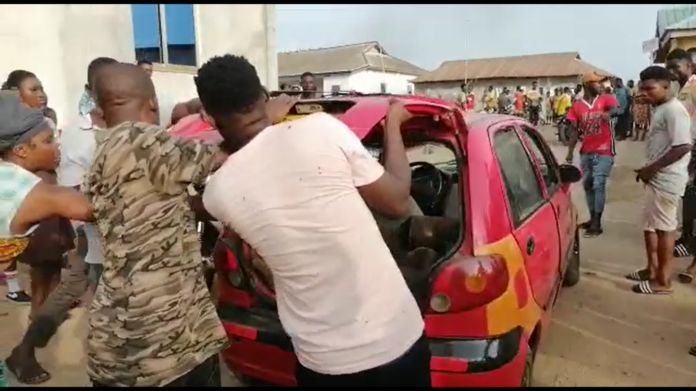 A yet-to-be-identified robber was lynched at Awutu Bereku in the Awutu Senya West Municipality for snatching a motorbike.

According to a witness, the deceased acquired the services of an ‘okada’ rider with the motive of robbery.

The rider was said to have been ordered to take an unusual route which he obliged, unsuspecting of the doom that awaited him.

Witnesses said the rider narrated that upon getting to an intersection of the bush road, his passenger pressed a knife to his back and threatened to kill him if he makes a wrong move.

The rider is said to have been harassed and stood helpless as the robber bolts with his property.

When he finally recovered from the shock, the ‘okada’ rider is said to have raised an alarm and his colleagues quickly gave the robber a hot chase.

He was quickly apprehended and given some beatings which cost him his life.

A video in possession of Adomonline.com captured the moment the robber was fighting for his life while residents, both young and old threw objects at him.

After series of beatings, the robber’s leg was tied and dragged around by a rope though he was unconscious.

The yet-to-be-identified young man is said to have passed on after the police rescued him from the irate youth. 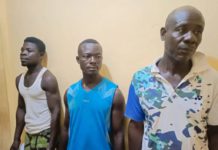 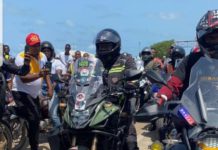